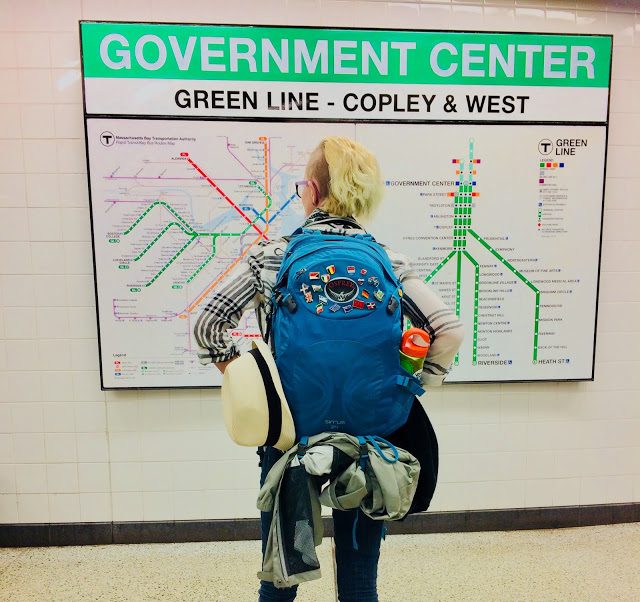 For those uninitiated into the mysterious, intriguing, and often fairly unhygienic world of backpacking the globe, slinging a pack on your shoulders and setting off for foreign destinations and unknown adventures may sound fascinating and romantic, but I’m here to tell you that the life of a backpacker is often, if not always, less than glamorous. So if you think you’re ready to head to the wilds of Asia or the deserts of Africa with nothing more than some canvas and polyester strapped to your person, read this guide on how to properly approach gaining status as a dirty backpacker. And if you can’t stomach the day-to-day nitty-gritty, well, maybe you’re not cut out for this.

How to be a dirty backpacker

1. Wash your clothes, including the underwear you’re wearing, in a hostel sink filled with cold water and body wash that the guy in the bed below you left behind. They may smell like hormonal man-child for the first few minutes of wear, but it’ll pass once your sweat soaks in.

2. Get an eye infection from not washing your hands every time you put in your contacts, then have to go to the eye doctor and get scolded by an optometrist who probably prescribes dozens of these antibiotic eye drops to dirty backpackers every week.

3. Wear the same shirt four days in a row. You’ve probably been in three different cities in that time span, so it’s not like anyone is going to notice. Except maybe the guy standing next to you on the subway who could smell you when he got on.

4. Skip showering for at least a week because you can’t find a free shower during a road trip around New Zealand.

5. Have to pee? Pull over and let it out on a cement wall by the side of the road. Everybody else in Europe is doing it.

6. Better yet, keep a small pot under the driver’s seat of the campervan you bought/rented so when you have to pee in the middle of the night while freedom camping you don’t have to get out of the car to go to the bathroom. Just be sure not to cook with that pot later. That’s taking things a bit too far.

7. Do the smell test before you get dressed in the morning. But instead of the normal way where you hold an article right up to your nose, hold it at arm’s length. If it still smells rank from that distance, then it’s time to do some laundry.

8. Refuse to throw away clothing just because it has a few holes in it. It’ll help keep you cool during those treks in 90-degree temps.

9. Likewise, what’s a stain or two on a worn-out T-shirt? There’s probably a story or two behind those spots! Wear them with pride.

10. Carry all your food in a plastic grocery bag along with a plastic spork and a napkin, both of which came from a McDonalds where you used the WiFi without ordering a meal, and have been used an indeterminate number of times without washing/disposal.

11. Go dumpster diving for dinner. It’s a perfectly acceptable way to eat on a budget. Just make sure to sanitize it first; you’re a dirty backpacker, not an animal.

12. Wear the same socks at least three days in a row. Drying laundry takes time! Time you don’t have!

13. Make a sandwich on a park bench with only bread, a jar of peanut butter, and a jam packet you swiped from your hostel before you checked out. No knife? Spread it with your finger. You’ll go back to eating healthy when you get home.

14. Shower in a hostel dorm bathroom. Without foot protection. Who knows the last time that thing was cleaned.

15. Sleep on your Couchsurfing host’s sofa-bed, the sheets of which clearly haven’t been changed in a while. It’s free. No complaining.

16. Go out for the day in the same shirt/pants/socks you slept in because you managed to accidentally do all of your laundry at once, save for the clothes on your back, and everything but that shirt/pants/socks is hanging on the line to dry.

17. Take a sink-bath in an airport restroom because you’ve been traveling for over 48 hours and you can’t stand the feeling of your own skin any longer.

18. After that sink-bath, find a cosy spot on a lightly-stained lounge or, at the very least, two chairs without an armrest between them, and break out the travel pillow and towel: you’re sleeping here tonight because you can’t be bothered to trek into the city, pay for a hostel, and trek back to the airport for that 8 am flight.

And there you have it! How to be a dirty backpacker in 18 steps or less. Wander on! (And take a shower already!)