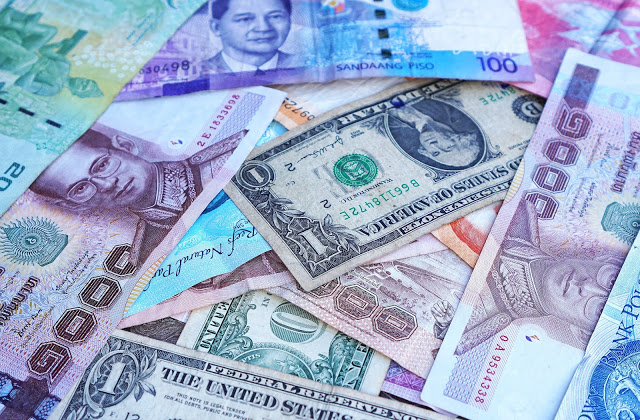 So you just got off the plane in a brand new country and all you can think about is where the closest pizzeria (or taqueria or pub or food stand) might be. You scarf your meal, sit back stuffed and refreshed, and suddenly it hits you: are you supposed to tip?

It’s a common panic-inducing thought amongst travelers, but fear not! Because we’ve done the legwork for you and are here to put you at ease with a list of countries and their tipping practices around the world. So pull up a chair, tuck in, and tip (or don’t tip) with confidence.

Bahamas and Caribbean Islands: Common tipping amounts range from 10-15% for good service.
Belize: 10-15% is common in nicer establishments, up to 10% in smaller restaurants.
Canada: Tips of 15-20% are expected.
Costa Rica: 10% is often added to the bill. For fantastic service, 5-10% more is fine.
Cuba: 10% is customary.
Dominican Republic: On top of the included 10%, a small additional amount is appreciated.
El Salvador: 10% is often added to the bill. If not, the same amount will suffice.
Guatemala: A 10% tip is popular.
Honduras: It’s often added to the bill, but if not, 10-15% is fine.
Jamaica: Expect to pay 10-15% if the fee isn’t included.
Mexico: A standard tip in Mexico is 10% at sit down establishments.
United States: Tips ranging from 15-20% are not only expected, but necessary as servers here only make half of minimum wage and rely on tips for their salary.

Australia: Tipping is not customary or necessary. In upscale restaurants with exceptional service feel free to leave a little something if you see fit.
New Zealand: No tipping is required, but 10% for good service in nice restaurants is appreciated.

China: No tips are expected except for maybe small sums in Hong Kong.
Cambodia: 5% is a good tip, 10% for exceptional service.
Indonesia: Round up your bill or throw down small change if you see fit.
Japan: Never tip.
Korea: Sometimes small tips are accepted at Western restaurants, but never anywhere else.
Loas: Tipping isn’t expected, but in nicer establishments is always appreciated.
Malasia: Same as Korea; Only in western establishments
Maldives: Tipping is not customary nor expected.
Phillipines: 5-10% is generally expected.
Russia: Cash tips of 5-10% are appreciated.
Singapore: No tips are expected.
Sri Lanka: A 10% cash tip is standard for mid- to high-end restaurants.
Thailand: Not required, but in upscale restaurants where the service is good, 10% is acceptable.
Vietnam: If the service was good, a 5-10% tip is appreciated.

Amsterdam: Tips of 10-15% for good service are appreciated.
Austria: 5-10% or round up the bill.
Belgium: Round up for good service.
Croatia: A 10% tip is plenty for a meal.
Czech Republic: 5-10% if not included on the bill.
Denmark: Tipping isn’t necessary, but round up to show appreciation.
France: If a 15% fee isn’t included on the bill, leave that amount.
Greece: At upscale restaurants 10-15% is appreciated, up to a couple euros at smaller establishments.
Hungary: A 10% tip is a good standard.
Ireland: 10% is standard.
Italy: Tipping is not a common practice. But for exemplary service in touristy areas, 10% will do.
Netherlands: Appreciated but not necessary.
Germany: Round up the bill to an even amount, usually between 5-10%
Switzerland: Round up for good service.
Spain: Not necessary, but rounding up is appreciated for good service.
Sweden: 5-10% is generous if service was good.
United Kingdom: A tip of 10-15% is customary if not already added onto the bill.

Most African countries appreciate tipping, though it’s not compulsory. If service is good, the general rule across most countries is 10-15% at the most, 5% if a service fee is included on the bill.

Argentina: voluntary, but 10% if service is good.
Bolivia: 5-10% is common for good service.
Brazil: 10% is a common tip if it’s not already included in the bill.
Chile: It’s often included in the bill, but if not, a 10% tip is appreciated.
Columbia: Tipping is optional, but up to 10% shows appreciation for service.
Ecuador: If it’s not included on the bill, 5-10% is common.
Paraguay: Loose change will suffice, but in nicer establishments, 10-15% is normal.
Peru: A small tip is typical in lower-end eateries, but at nicer restaurants 10-15% is more common.
Uruguay: 10% if a service fee is not included.
Venezuela: A 5-10% tip (even on top of a service charge) is common.

Of course, this is hardly an exhaustive list. If you know the tipping practices (or want to) for a country not listed, comment below!