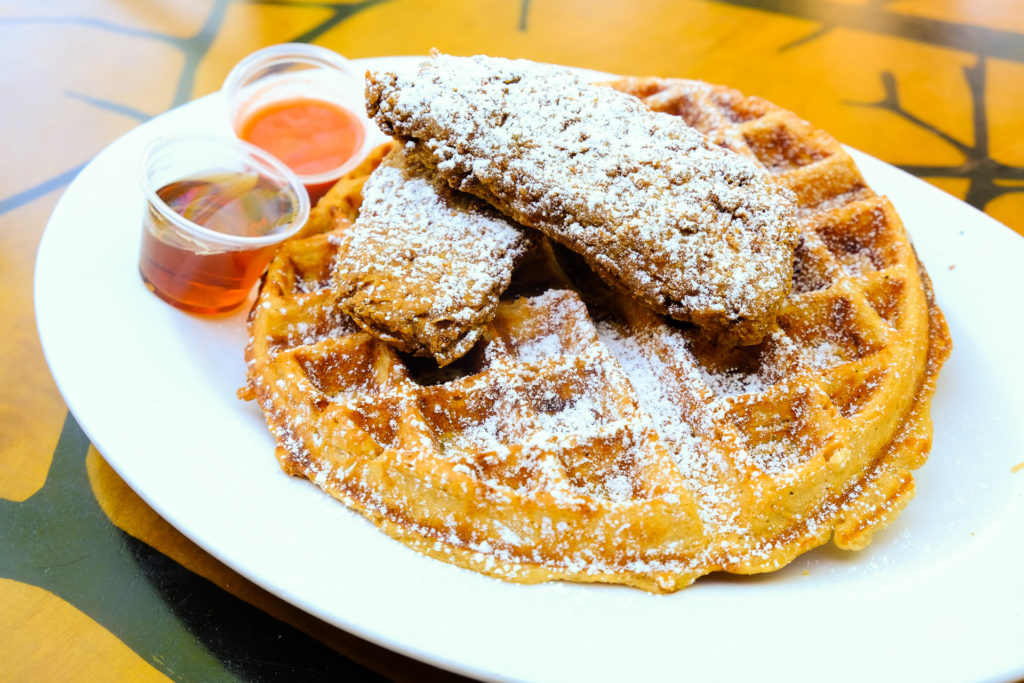 I. Love. Brunch. But honestly, who doesn’t? Maybe that makes me a hipster or conjures up images of rich white people sipping mimosas, but that’s not me (well, maybe the hipster thing a little bit). I may be white, but I’m certainly not rich and I definitely don’t understand why you’d ruin perfectly good orange juice with champagne. Maybe a splash of vodka, but not champagne. 😉 No, I love brunch because it means I get to sleep in and still get waffles and donuts (two of my favorite food groups) for my first meal (or second, or third). But vegan brunch at Green New American Cuisine in Phoenix? That’s brunch worth standing in line for.

And you will stand in line. Because folks in Phoenix know Green is the place to be on a Sunday morning, vegan or not. (Green is the place to be any day of the week, honestly.) The line won’t last forever, though, so cool your jets. Just stand there for a few minutes, make some new friends, maybe watch their dog while they go inside to order, then sit down and wait for the vegan goodness to be delivered to you. 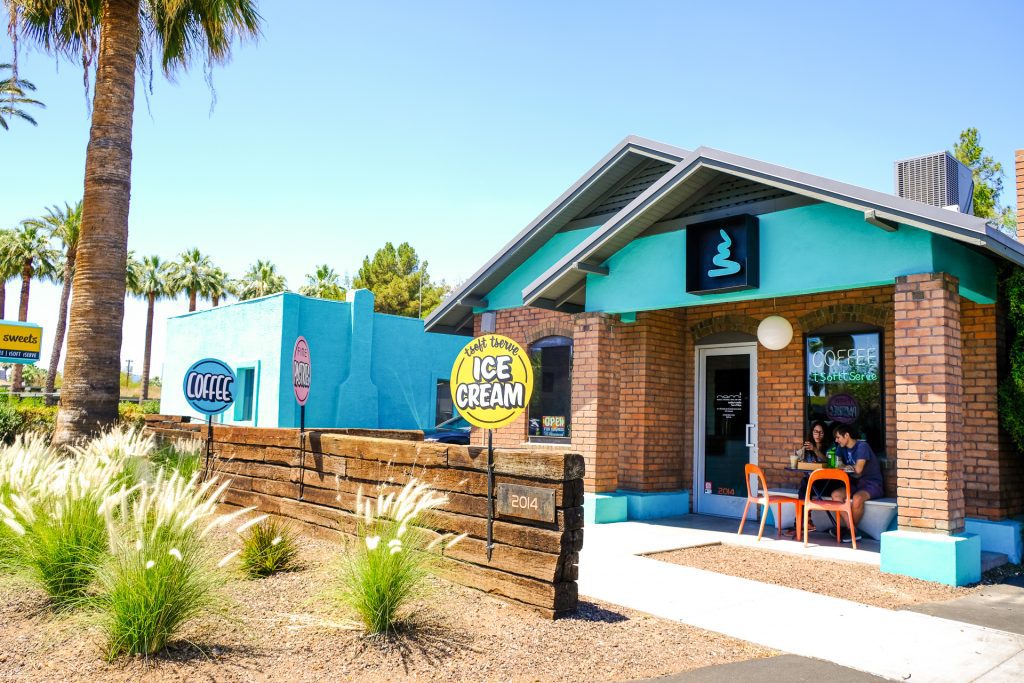 Nami, right next door to Green New American Vegetarian in Phoenix, Arizona is where the line forms for vegan brunch at Green 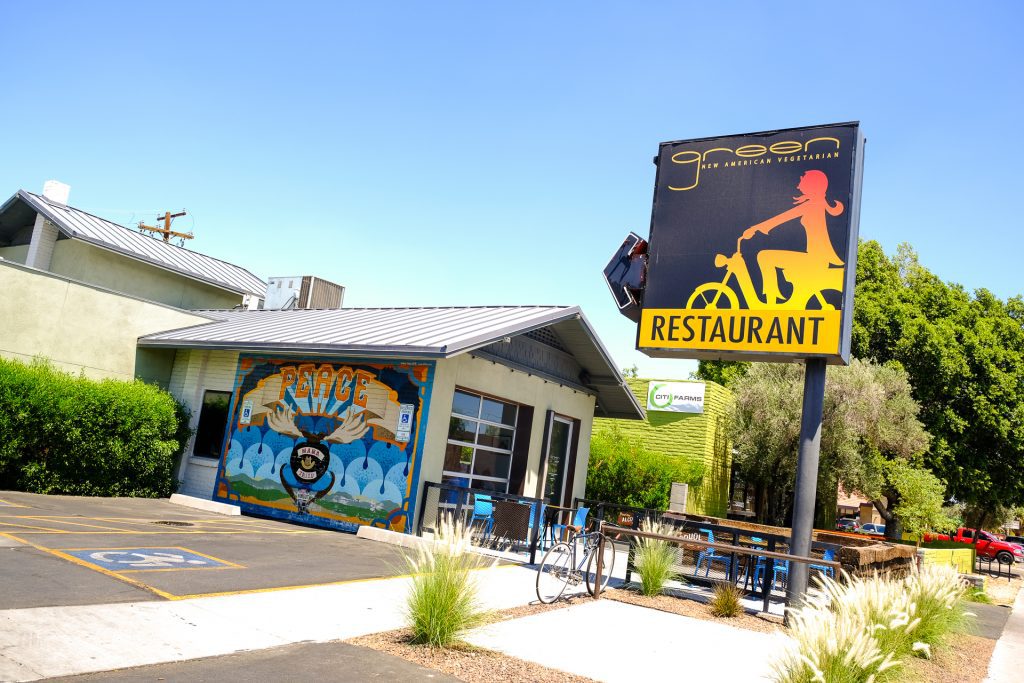 In truth, I needed that line, because the brunch menu! Oh, the brunch menu! I’m already an incredibly indecisive person, but when you place a menu in front of me and force me to choose between things like brekky burritos, waffles, donuts, biscuits and gravy and all manner of other weekend breakfasty goodness, it’s gonna take me a minute. So be patient. But what we ended up ordering I did not regret in the least, though it was more than we intended to order (we usually share a dish to keep costs down, but there was too much to try!). And while I was bummed I wouldn’t get to try the Big WAC burger that we didn’t get to try last time we were in Phoenix (Green’s vegan twist on a Big Mac), that disappointment quickly abated. 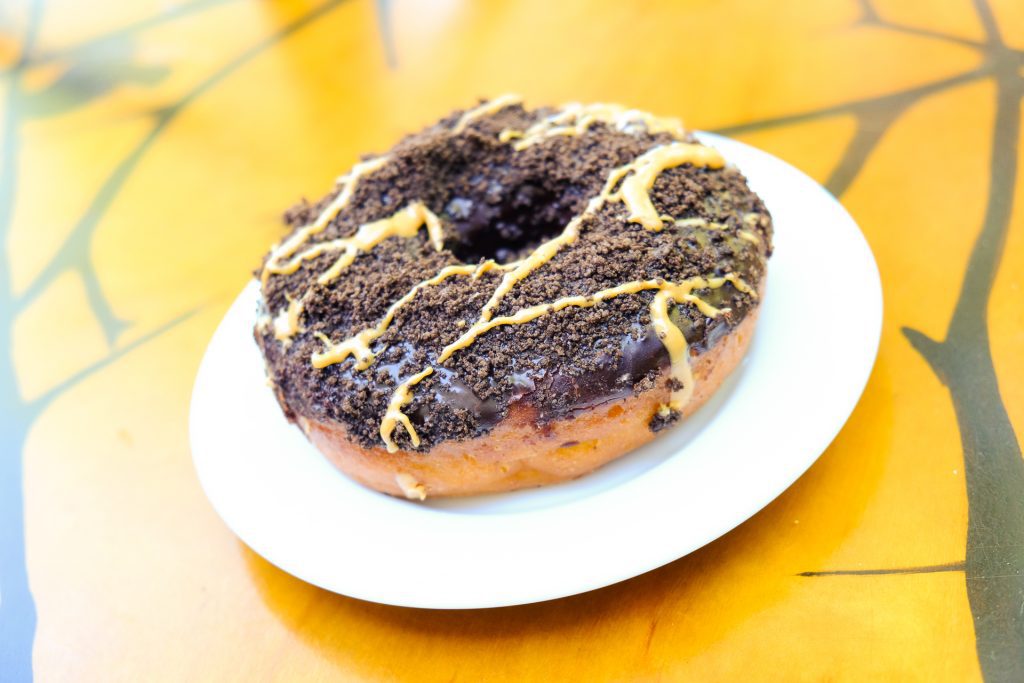 Vegan donuts from Nami were the icing on the vegan brunch cake.

Because when our order arrived, (a peanut butter cookie crumble donut, vegan chicken and waffles, and “wing” ding dang burrito) I was salivating. It. Was. Amazing. Plus, I learned a little hot sauce on your chicken and waffles is actually pretty dang delicious. I learned that after that much seitan and bread (we went halvsies on everything) I could only eat about two bites of donut. Doesn’t matter: we demolished that thing later. I was an incredibly happy camper. Also very full. Which made it hard to follow up the meal with cold brew and house-made nut milk (house-made nut milk!) from vegan coffee shop Dark Hall Coffee down the road. But we managed. For sure, I didn’t need to eat again until well into the evening, which, you should know, is extremely rare. I need to consume approximately every two hours. 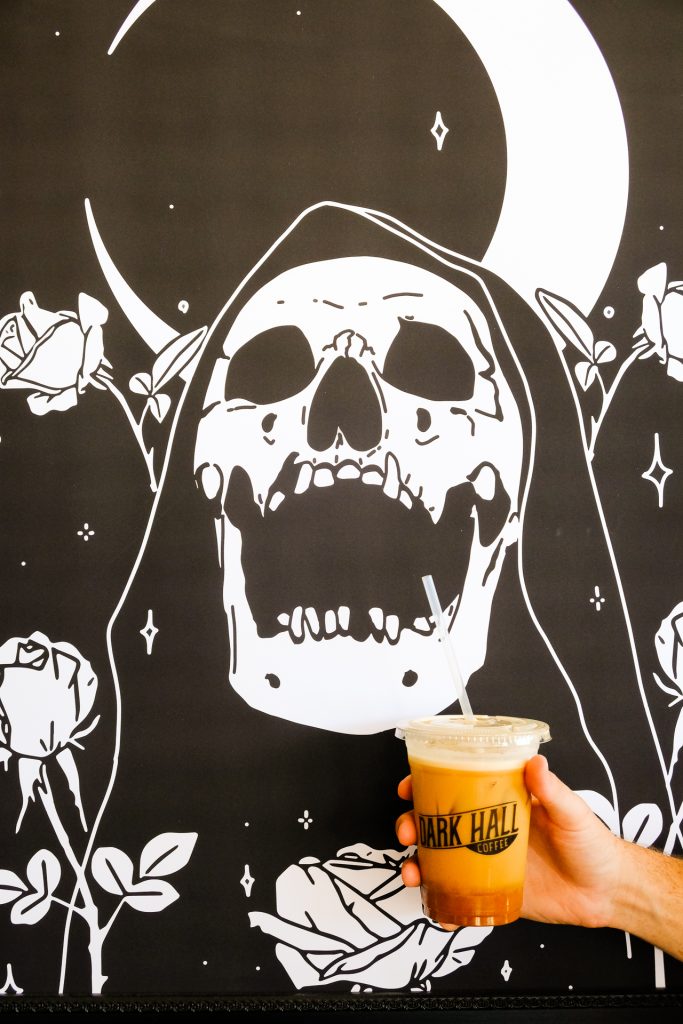 All an employee had to do was mention a vegan coffee shop and we were there (It didn’t hurt that the word “dark” was in the name and there was dark artwork on the walls-I love me some dark themes!)

Needless to say, I did not regret not being able to sample the Big WAC. But next time it will be mine. Mine!

When you head to vegan brunch at Green, stand in line at Nami next door to order, then take your number and pop a squat anywhere you please on the two properties and runners will bring your meal to you. And if you want a mimosa or other brunchy, boozy or non-boozy beverage, well you can have that, too. Just bring your appetite. You’re gonna need it.

Have your own fave vegan brunch spot? Share the love! Wander on.