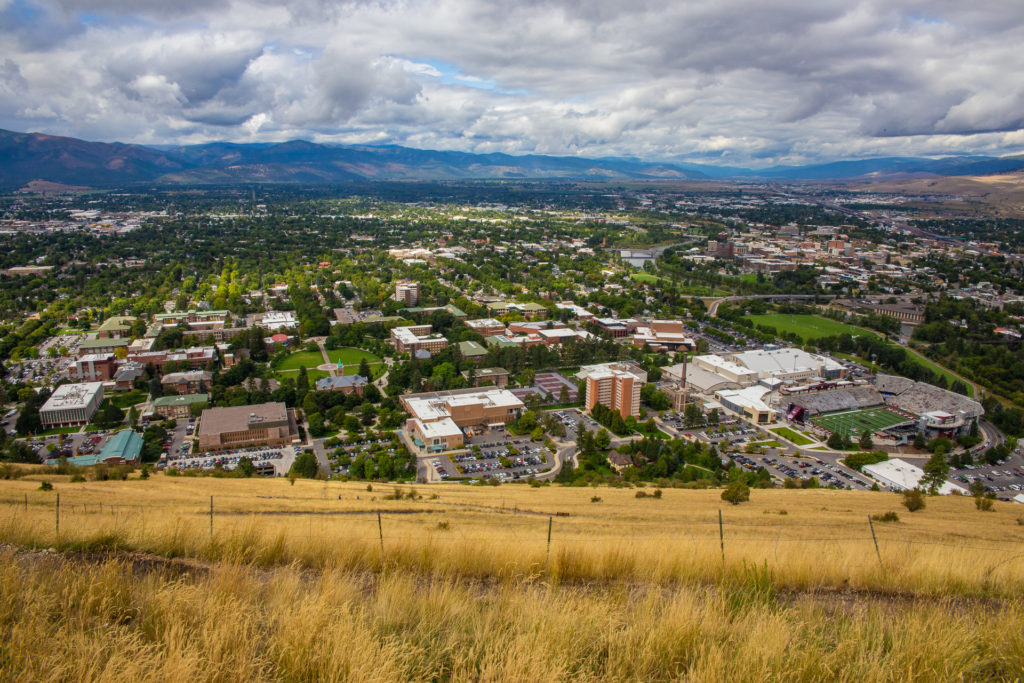 The view from the M Trail

In this epic Austin to Alaska road trip that will last over 2 months, we’ve done a lot: driven around the Cascade Loop in Washington, backpacked in Denali National Park, Marveled at the wonders of Banff National Park, hiked to glaciers in Anchorage, and just had a rockin’ good time. And as week 6(ish) arrived, that didn’t change: we rolled right up into Montana where we planned quite a bit of adventure in Missoula. 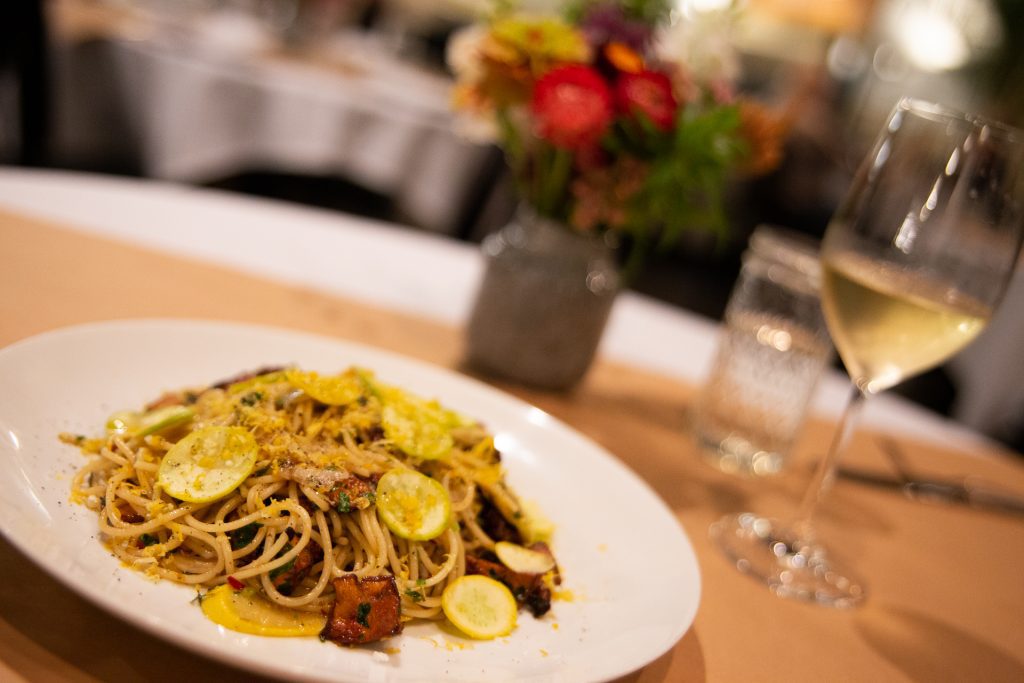 A meal at Second Set Bistro

I’ma be honest; I didn’t know what to expect from this town besides the fact that it seems to be a killer jumping-off point for adventures in Glacier National Park. I do like a city with a river running through it (just one of many reasons Austin appeals to me), but Happy Cow (our favorite vegan food-finder app) did not look promising. And that concerned me. 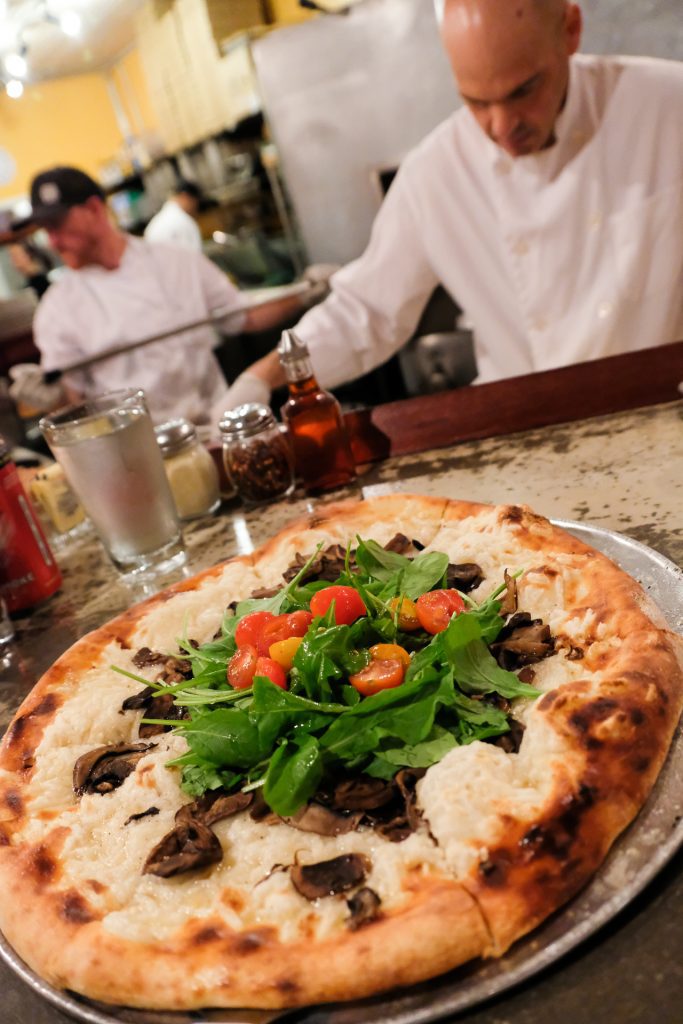 But turns out, there was nothing at all to be worried about. A contact at Destination Missoula offered some suggestions for where to get some grub and she was spot on. Our fave stop of the weekend: Second Set Bistro. There was so much stellar food on our table we very nearly had to be wheeled out. No joke. We haven’t eaten that much in…well I can’t even remember the last time I was so full I couldn’t walk straight. The food was amazing and it didn’t hurt that one of the owners was originally from Austin; it meant we had plenty to chat about. 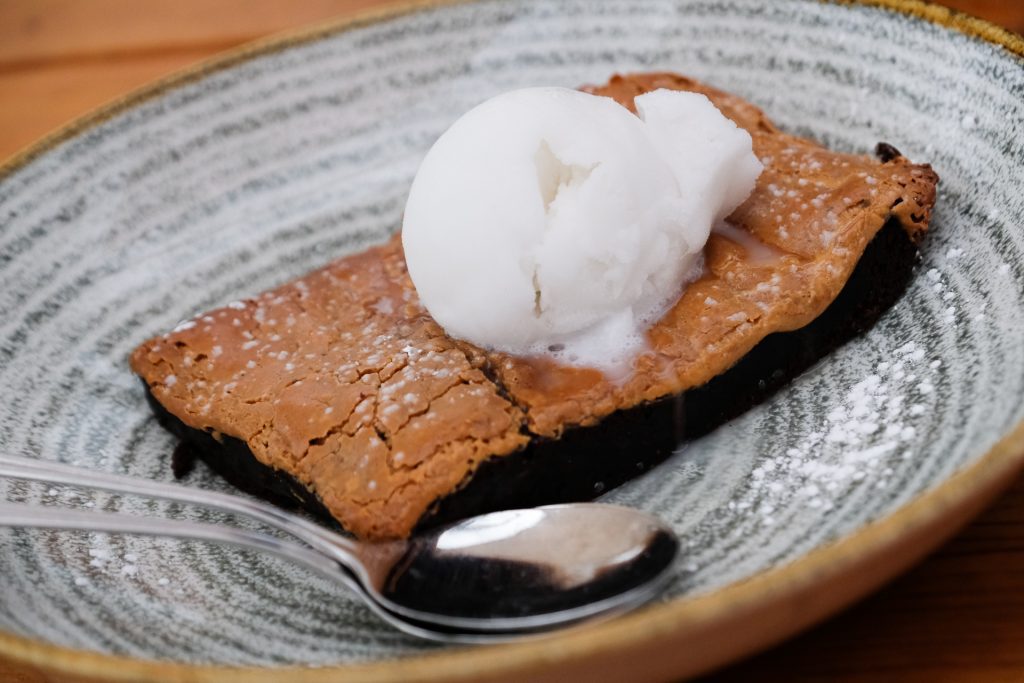 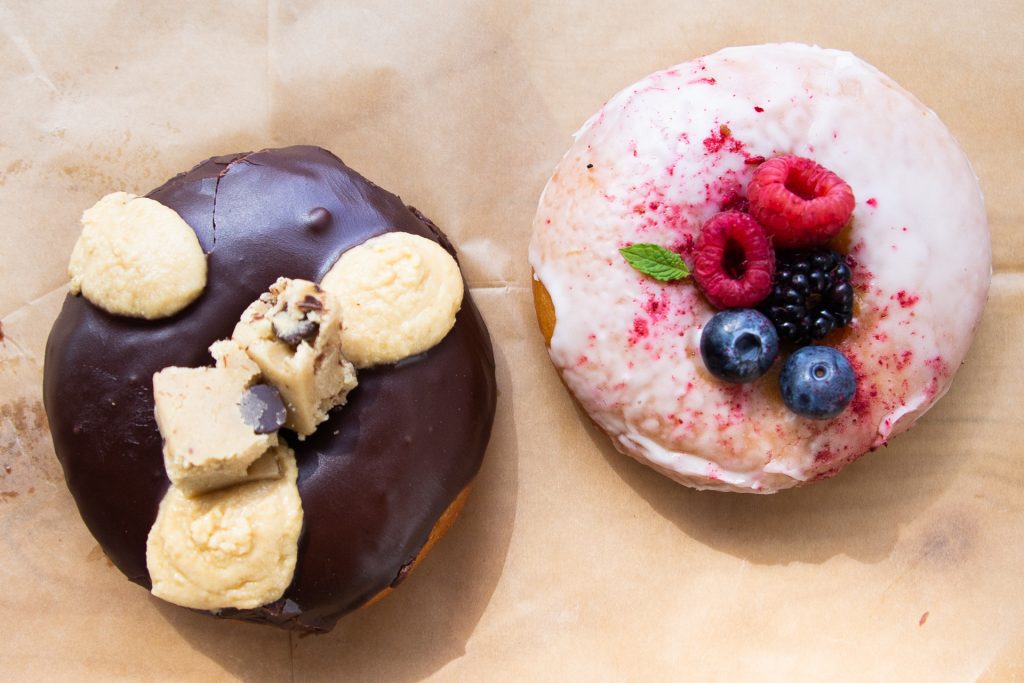 The topping options at vegan Veera Donuts are mouthwatering

Plus there was vegan pizza at Biga Pizza, Plant Perks vegan cheese at the farmers market, and piles of potatoes at The Catalyst. There may not have been any dedicated vegan or vegetarian restaurants in town (save for fanciful and toppings-centric Veera Donuts), but the city is not lacking in vegan cuisine. It’s a good thing, because you’ll need the fuel for all the adventure in Missoula.

While it sometimes felt like all we did was eat, we also played outside a fair deal, because that is, after all, what we do. And Missoula is basically a playground. In four days we barely scratched the surface, but there is hiking, mountain biking, stand up paddle boarding, tubing in the summer, white water rafting, and oh so much more. 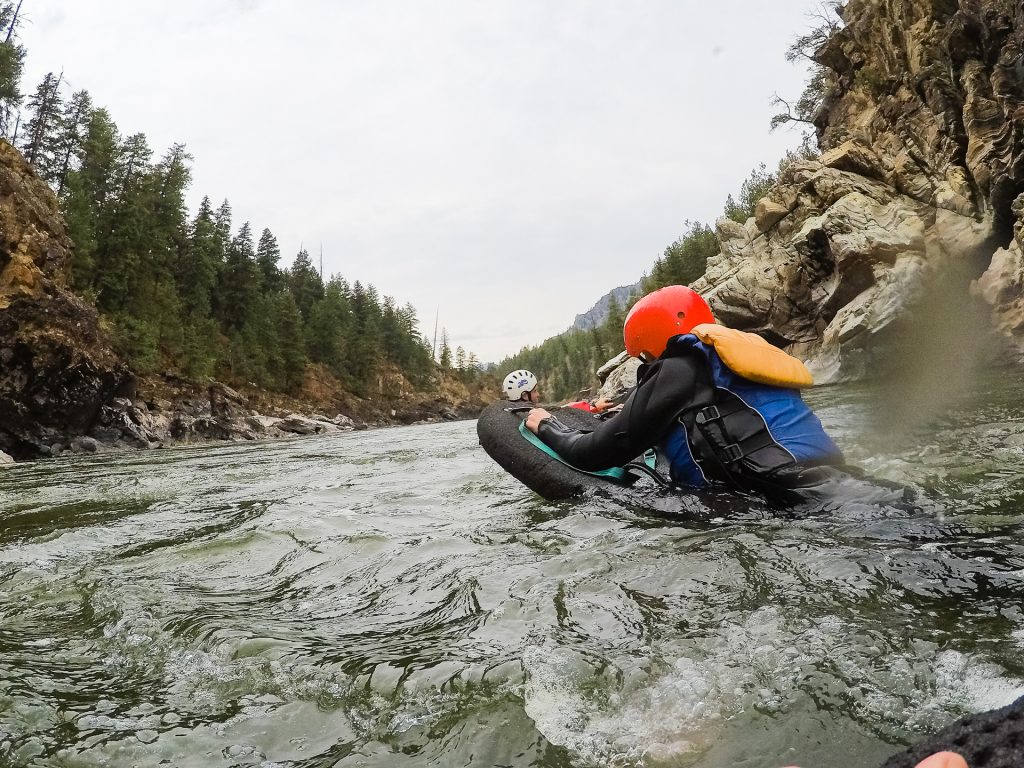 River boarding on the Clark Fork River in Missoula

What is river boarding You ask? Excellent question. We also asked that very thing. Which plays, because Missoula is one of very few places in the country that offer such a thing, and Montana River Guides is the only company who will take you (you really don’t wanna do this on your own).

It basically consists of a boogie board-like apparatus, but with handles. Then you wriggle into a wetsuit (we were there in September so the water was a little chilly), strap on a helmet and some flippers and dive in (and hope your contacts stay in place for the duration). Essentially, river boarding involves boogie boarding through whitewater on the Clark Fork River. And it. Was. Awesome.

And I only *almost* lost a contact once! It was even more fun than white water kayaking on sit-on-top kayaks (we still can’t roll a white water kayak–don’t judge us) while rafting the river the day before! Which was also super fun. And Josh only got eaten by a wave and knocked out once, so that was cool. 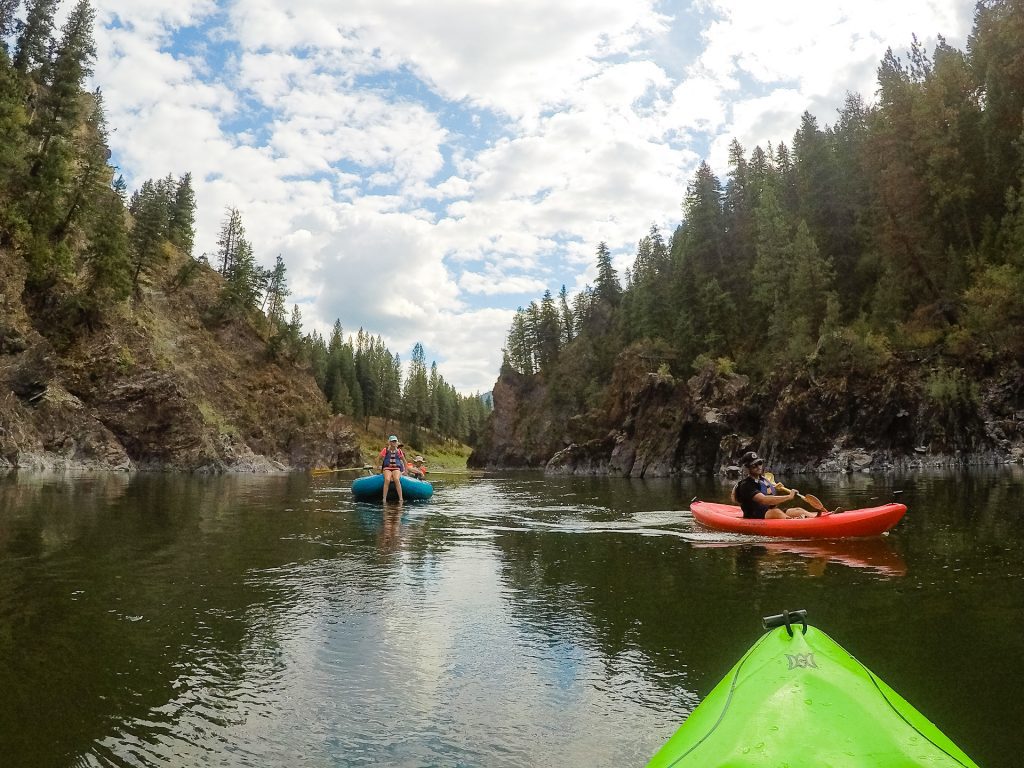 Kayaking on the Clark Fork River in Missoula

As for hiking, the M Trail is a classic with views of the city (and a giant concrete “M” at the top), and Waterworks Hill comes highly recommended. And if you prefer to navigate by two wheels instead of two feet, the recreation trail that runs alongside the river offers a super way to scan the city.

How’s that for adventure in Missoula? 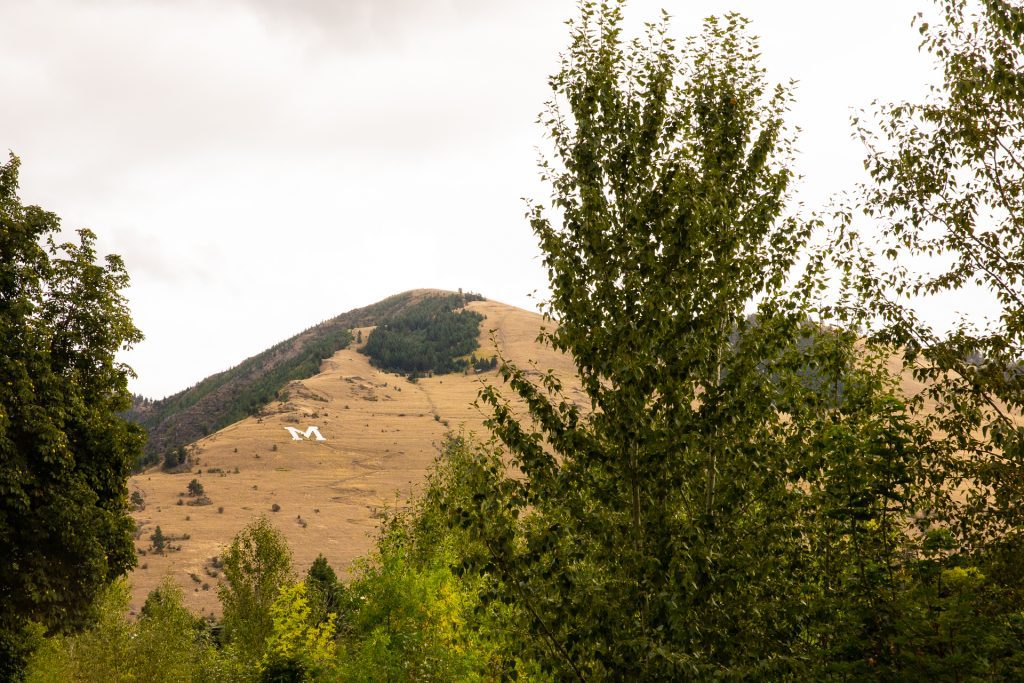 The M Trail in Missoula

Other Things to Do in Missoula

But it’s not all stuffing your face and getting wet (with sweat or river water); there’s plenty to do in the city, though exactly what will depend on the time of year. 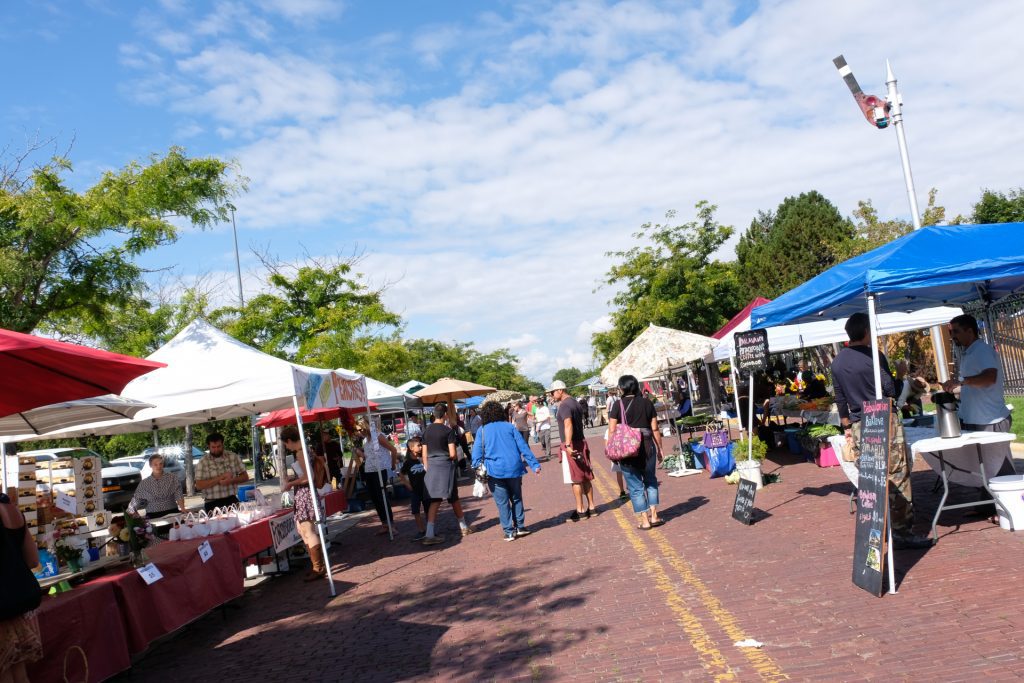 Saturdays in May-October mean farmers markets! And there are three within walking distance downtown. One for produce and huckleberries (if they’re in season), another that’s more of an artist and maker market, and another with various other goods like food and vendors (including stellar vegan cheesemaker Plant Perks). And all along the route are the unique shops, restaurants, bars and boutiques of downtown. 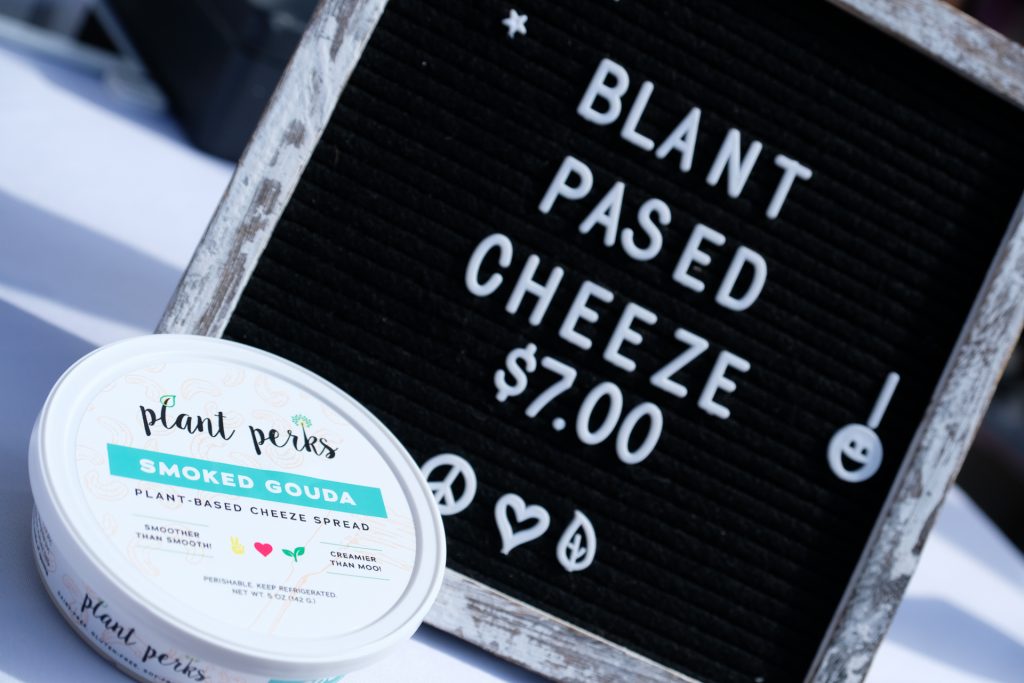 Outdoor stores abound (local The Trail Head, used shop The Sports Exchange, and REI were our faves), so you have plenty of opportunities to stock up on backcountry essentials if you’re heading north to Glacier National Park or south to Yellowstone and Grand Teton.

Oh, and because we’re basically children at heart, we highly recommend a turn or two around the Carousel for Missoula. And don’t laugh when the attendant tells you to buckle up; it’s the fastest freakin’ carousel I have ever been on. No joke. I was giggling the entire time, it was whipping us around so fast. You can also try to win a free ride by grabbing at rings in a dispenser each time you pass it. Grab the bronze one and you win. 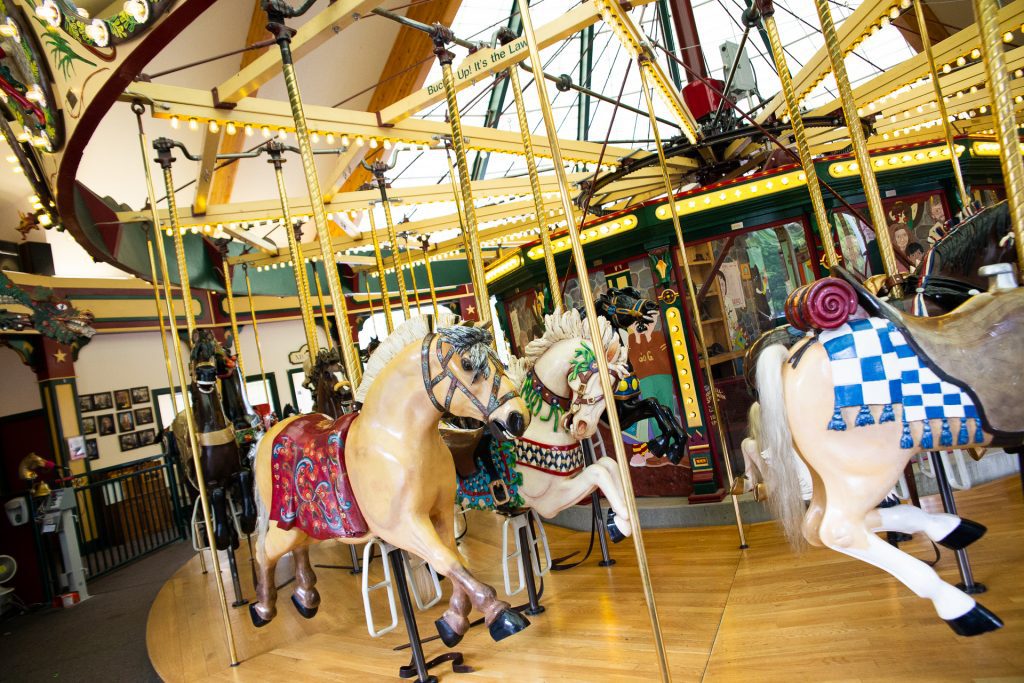 A Carousel for Missoula

There’s plenty of adventure in Missoula to warrant a few days’ worth of exploration. Heck, we could have stayed a few days more and still not had our fill. So head north, fill your belly, and wander on!