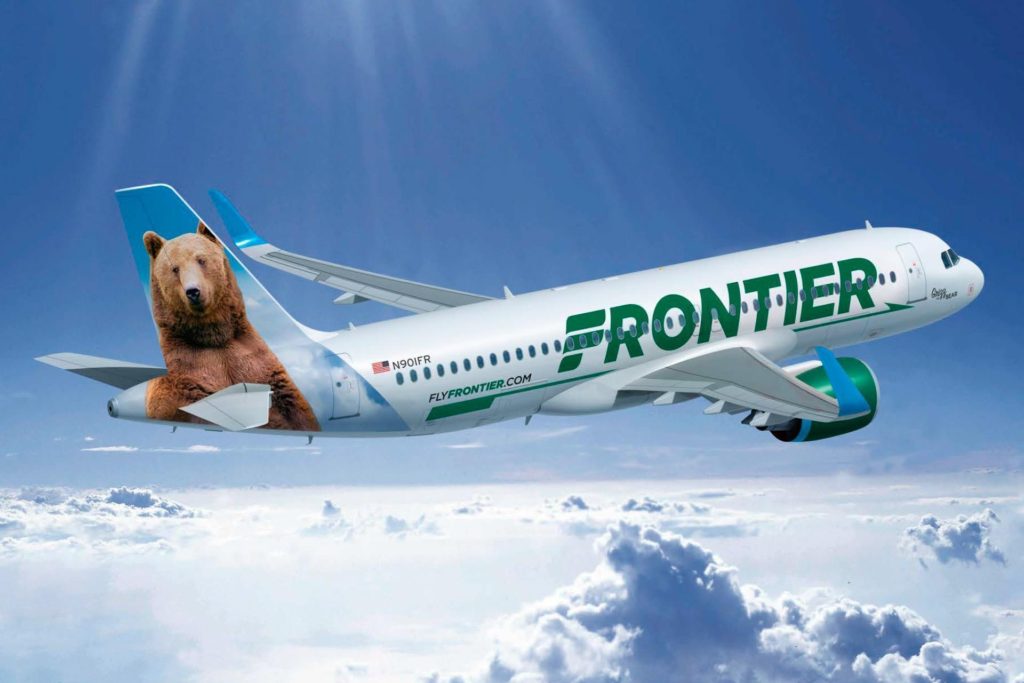 Flying with Frontier is a cheap way to travel, but is it worth the money you save?

Frontier Airlines is known far and wide (in the States, at least) for being one of the cheapest no-frills airlines. And to be sure, there are zero frills. No snacks, no drinks, you have to pay to pick your tiny seat with less legroom than most other airlines, and you don’t even get a full-size carry-on. (Good thing we know how to pack everything in a “personal item!“) So when you’re looking for cheap flights, is Frontier Airlines worth the money you save?

Truth is, only you can answer that. Even my opinion on the airline changes from day to day. Personally, because I can usually pack everything I need in a small personal item and don’t care about where I sit and travel with my own snacks and water bottle anyway, the lack of included amenities doesn’t bother me. Often, Frontier or Allegiant are my first choices of airlines if I need to book a quick trip home to Ohio to visit family or cheap weekend city escape. (Though Allegiant doesn’t offer any sort of miles program, which is a downer).

But back to the subject at hand: Is Frontier Airlines worth the money you save? Well, Frontier offers miles in accordance with distance flown for no extra charge, as any airline should, so that’s nice, but they also have a paid membership plan that offers discounted fares. This costs $50 for the year. Whether or not the price tag is worth it depends on how often you fly with the airline. Based on the fact that most Discount Den tickets are only discounted by $10 per one-way flight, you’d have to fly five one-way trips with Frontier to break even. Six to actually make it worth it. 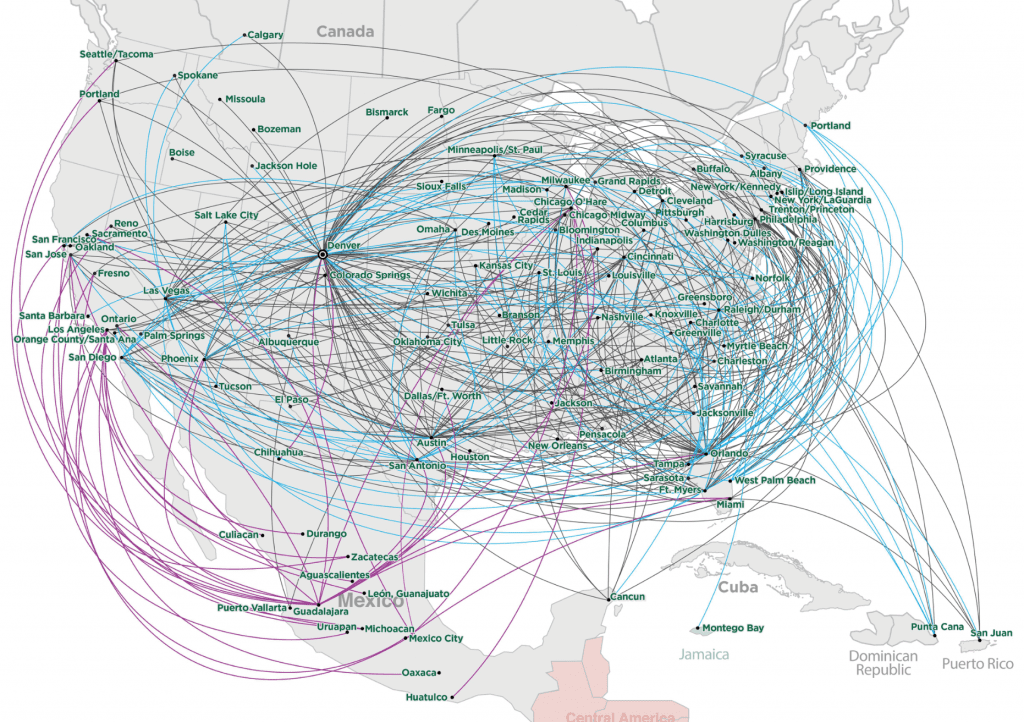 So before you go joining just to get that discounted fare, make note of the routes Frontier flies and decide if you think you’ll be taking at least three round-trip journeys to those places in a 12-month period. If not, skip the Discount Den Membership. If you live in a city Frontier flies to, you might be able to score discount codes, anyway. The marketing team was just in Austin this summer where they hosted an event and gave out free $10 discount codes, which doesn’t seem like much, but off of a $39 fare, it’s nothing to sneeze at.

As a side note, if anyone can inform me as to where the phrase nothing to sneeze at came from, I’d be much obliged. It’s ridiculous.

But anyway! Another thing to take into consideration is Frontier’s reputation. Based on news of pilot strikes and lawsuits this summer, employees aren’t too happy with work conditions and pay. Frontier also has a reputation for canceling and delaying flights. I had never had an issue with them, but I’d only flown with the airline a few times. This August, however, they delayed my flight home from Ohio, then delayed it more, then canceled it due to “mechanical difficulties.” I didn’t think this would be a big deal–airlines generally help you rebook a flight–but I was wrong.

Frontier will book you to the next flight available, but it’s just about guaranteed to be the worst flight you can possibly imagine. When my Sunday afternoon flight was canceled, the next flight available was a Tuesday night flight with an overnight layover in Denver that wouldn’t get me home until Wednesday morning. Not cool. And when I tried to reach out to find out what my options were, I discovered there were no email addresses, online chats or anything, just phone numbers that kept me on hold for 25 minutes each time I called.

And I had to call multiple times because not a single representative gave me all the information. There was supposed to be an email, but while all the emails I received about delays and cancellations came through, the one giving me next step instructions got rerouted to junk, so I didn’t find it until the next day.

So this doesn’t happen to you and make you threaten to slash the tires of every Frontier employee you can find, here’s how canceling and rebooking flights with Frontier goes:

Rebook + $200 Frontier Voucher: You have to go to a special link on TripEasy in order to rebook and actually get reimbursed for it. What they might not tell you is that the ticket has to be less than $400 in order to get fully reimbursed. They also never emailed me my voucher, so I had to call again two weeks later (and listen to bad hold music for another 20 minutes) before I received a flight voucher that expires 90 days after issue. I did get the reimbursement within a week or two, so that was a nice surprise. 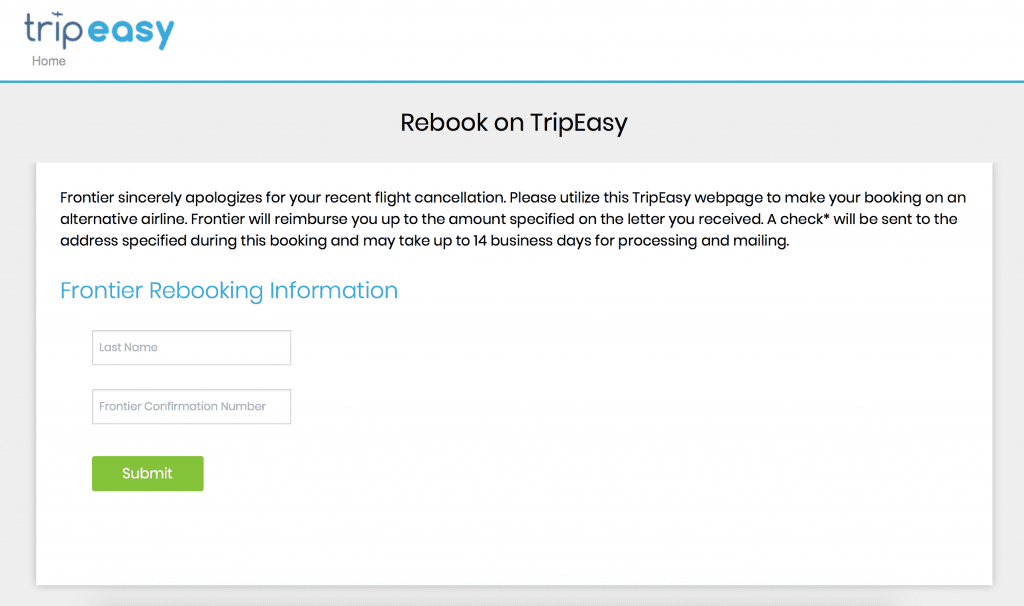 To get reimbursed for canceled flights, use TripEasy.

Refund + $500 Frontier Voucher: If you prefer to handle your own alternate travel or just want a refund, you can do that through their online refund form. Then, supposedly, you’ll get a $200 voucher right away and a $300 voucher a week later when your refund processes. 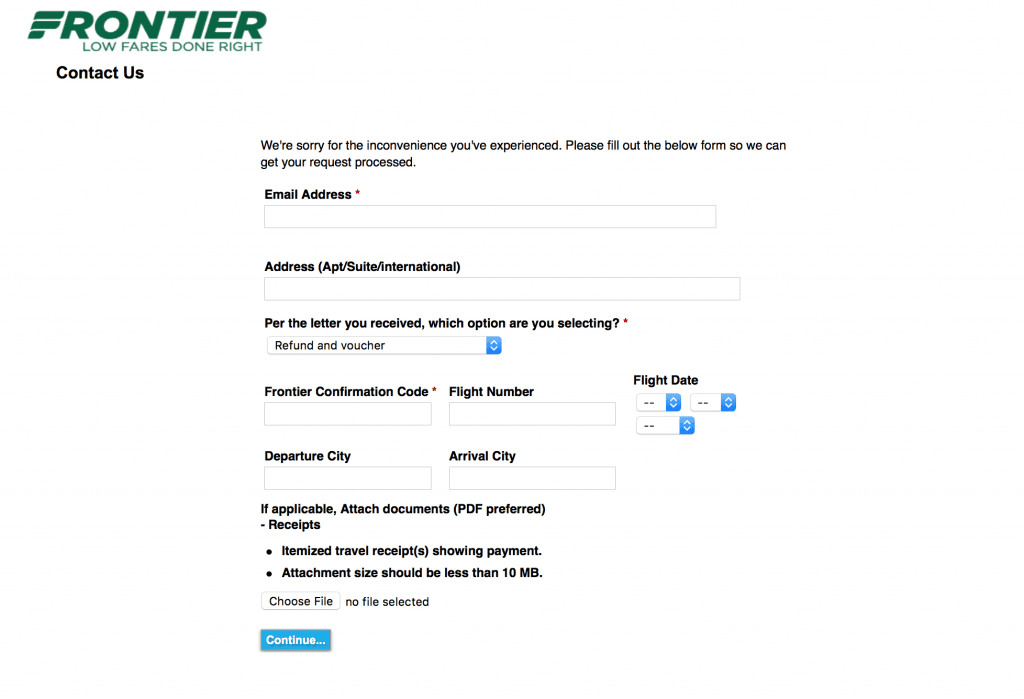 All in all, it was an extremely painful process. To be fair, I’ve only gone through this sort of thing once before on my way back from the Dominican Republic, but that’s because we missed our connecting flight. The airline (American Airlines, I think), rebooked us for the next morning and put us up in a nearby hotel. It was still stressful, but it went so much more smoothly.

So is flying on Frontier Airlines worth the money you save in fares? That’s up to you to decide. I’d think twice before booking travel that demands I travel on certain dates or where deadlines or time-sensitive meetings or events are too close to my planned travel dates, but those low fares sure are tempting. Sometimes, it’s all about knowing and being prepared. Even if things fall apart, flexibility can keep you sane.

Josh is a freelance video producer, DP and editor based in Austin, TX. When he’s not out exploring the world, he loves talking movies, tech, and travel. Check out his website, joshmcdarris.com