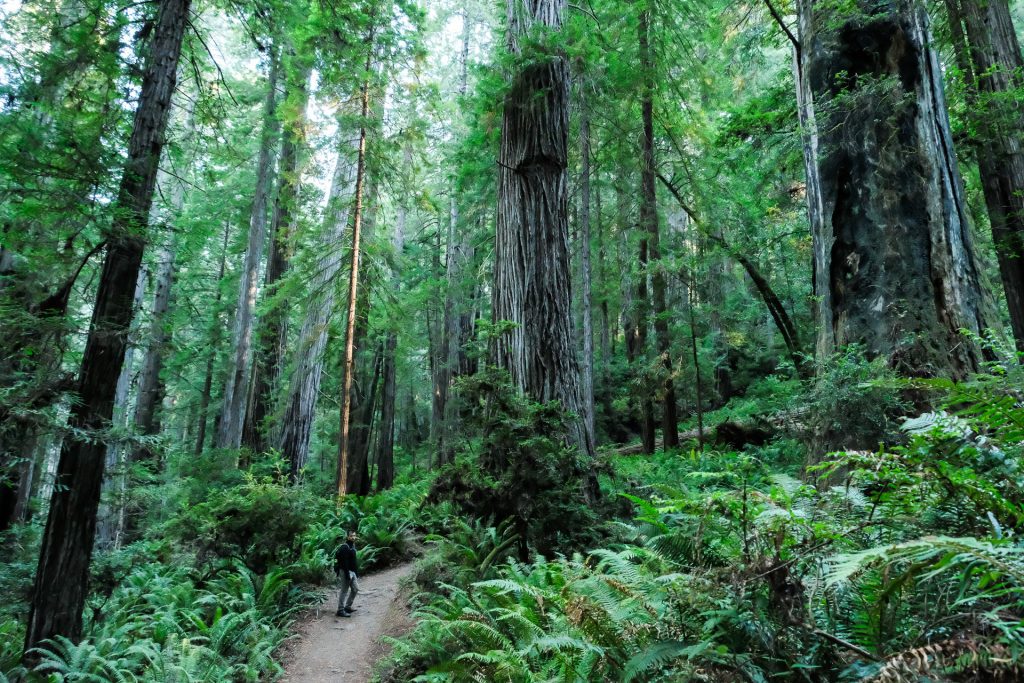 We’ve all been there: the flight is booked, the Couchsurfing host has confirmed, the itinerary is set, and all that’s left to do is pack. But packing is stressful. It stresses me out, anyway. Don’t get me wrong, I love packing, but I don’t get so anxious about any other part of a trip than I do about packing. Mostly that’s true for a new destination or a lengthy trip (say two weeks or longer). If I’m traveling to the beach or home to visit family, I know what I need to bring and that bag (most likely a daypack or small carry-on) is expertly packed in 15 minutes or less. But two months in Europe? Backpacking in South America? Nine months in Australia? I agonize over  what items I should leave behind and what items I can’t do without and take waaaay too many trips to clothing and shoe aisles in search of “the perfect garment,” (it doesn’t exist) especially if I don’t want to look toooo much like a tourist (according to the basic rules of being a dirty backpacker, you’ll likely be pegged as a traveler, but hopefully not a tourist). So while I likely can’t tell you exactly what to pack for your specific adventure, I will try to help you figure out how to pack so you’ll always be prepared for anything. 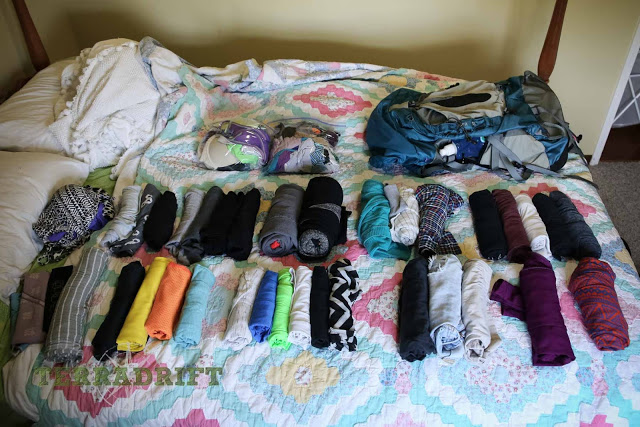 How to Pack: Getting it all in the bag

For all you die-hard folders out there, I’ve got some bad news for you: folding is out–rolling is in. Don’t ask me how, but we can always cram more in a bag if we roll our clothes instead of folding them. Actually, I do know how. Math and science, that’s how. Just don’t ask either of us for mass x weight x volume formulas or anything like that. Neither of us did well in the maths and sciences. One of us dropped out when she had enough credits to graduate and the other failed geometry and algebra 2. Ahem.

Anyway, rolling > folding, but stuffing can also be greater than folding. If you have a non-geometric bag like a day pack or one with odd angles and gaps, stuffing is a great way to make the most out of every square inch. It helps if you have wrinkle-resistant clothes.

As for packing cubes, I love the idea of them, but I never use them for the same reason I don’t fold: they take up extra space and they’re really only good for rectangular bags. If you’re packing a rolling carryon or a full-size suitcase, though, utilize packing cubes to your heart’s desire. They sure are handy for keeping things organized. Me? I just keep a mesh bag handy for undergarments and an extra for really dirty clothes that need to be kept from contaminating everything else in my bag. 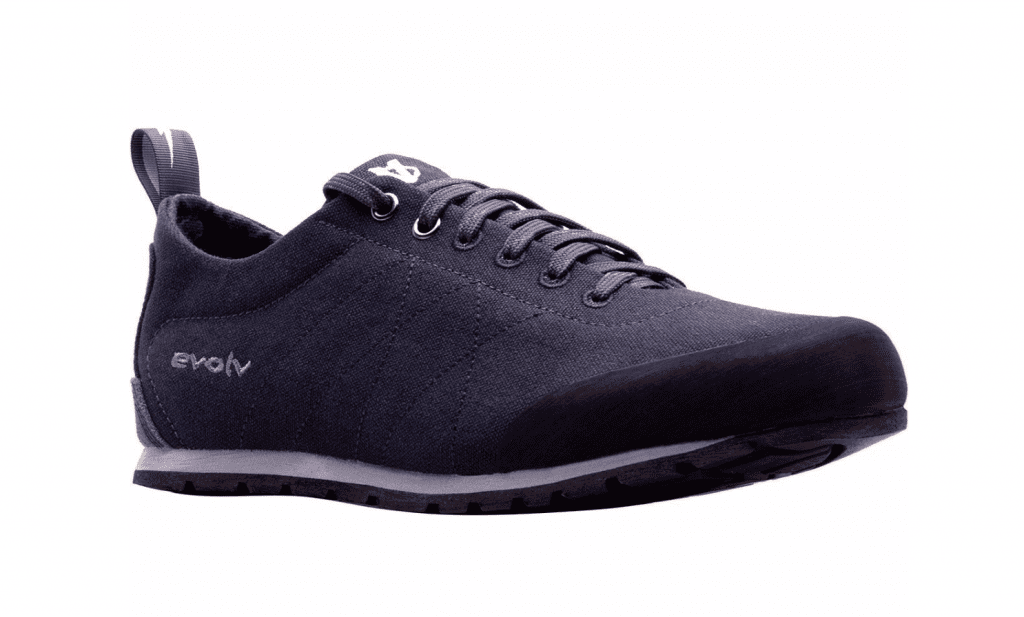 These Evolv shoes are versatile, packable, stylish (depending on who you ask, of course), and vegan.

Picking Which Shoes to Pack

Shoes are the bane of my existence. If we could go back to just being barefoot all the time, that would be cool with me. But since that’s not likely to happen until probably 15-20 years after the zombie apocalypse, shoes are a necessity when you travel (and when you’re not). Personally, I rarely travel with more than two pairs of shoes, even if I’m road tripping or checking a suitcase. I’m also always on the lookout for the perfect pair of multi-functional shoes.

First, decide what you’ll definitely need (and what you probably won’t). Are you backpacking around South America? Chances are, you won’t need high heels. Doing a capital tour of Europe? You probably won’t need hiking boots. Going to England in the fall? Don’t bother with sandals. Likewise, be honest with yourself about what you’ll actually be doing in your destination. Will you really go to the opera in Vienna? Do you truly intend to do anything but lie on the beach in the South of France? Are you actually going to venture out of the city to go hiking in San Francisco? Ditch any shoes that you’re only bringing because you might need them.

Next, opt for multi-functional footwear. I’m talking about shoes that can do it all. Full disclosure: the closest thing I’ve found is an approach shoe from a climbing company, (Evolve) and they’re not the most stylish things, though I don’t mind them much. They’re light, smash mostly flat, don’t look too bad with a skirt, and have aggressive climbing tread that makes them an acceptable (if not highly supportive) hiking shoe. And you should have seen those things cling to wet rock around the waterfalls in Iceland! Fortunately, more companies are attempting to make shoes like this. Unfortunately, they tend to look pretty American, meaning they’ll stand out on other continents. 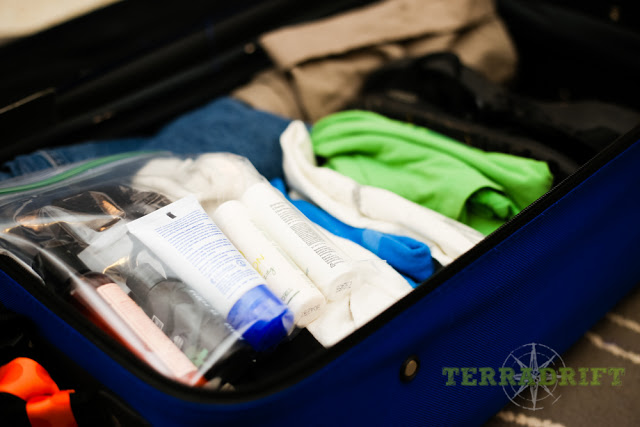 Clothing will likely take up the bulk of your luggage, but you can almost always carry less than what you think. I remember on one occasion, Josh and I were headed to the same destination for the same amount of time as my parents for a family gathering. We filled up one rolling carry-on and a backpack. They had a full-size suitcase each, plus a backpack, and a large tote or two. When I asked why on earth they needed that much stuff for a four-day trip to Florida, my mom’s reply was something along the lines of how she didn’t know what she would need or want once she got there. Don’t be that person. (They’ve since gotten much better about this–I think we’re rubbing off).

Just like with shoes, pack only what you need and toss anything you think you might want; you probably won’t. Take tried and true items that you know are comfortable, go together, and suit the needs of your itinerary. Bring a dress or a nice outfit for going out or going to the theatre, sure, but just bring the one. There’s no room in a small suitcase for three dresses simply because you might feel like wearing one over the other the one night you go out.

Lastly, opt for layering instead of bulky sweaters and puffy jackets. Traveling to places with frigid temps is obviously the exception, but for most adventures, it makes more sense to wear an undershirt under a long sleeve shirt under a zip-up under a light jacket. Why? Because all of these things can also be worn separately and you’re going to bring them anyway. 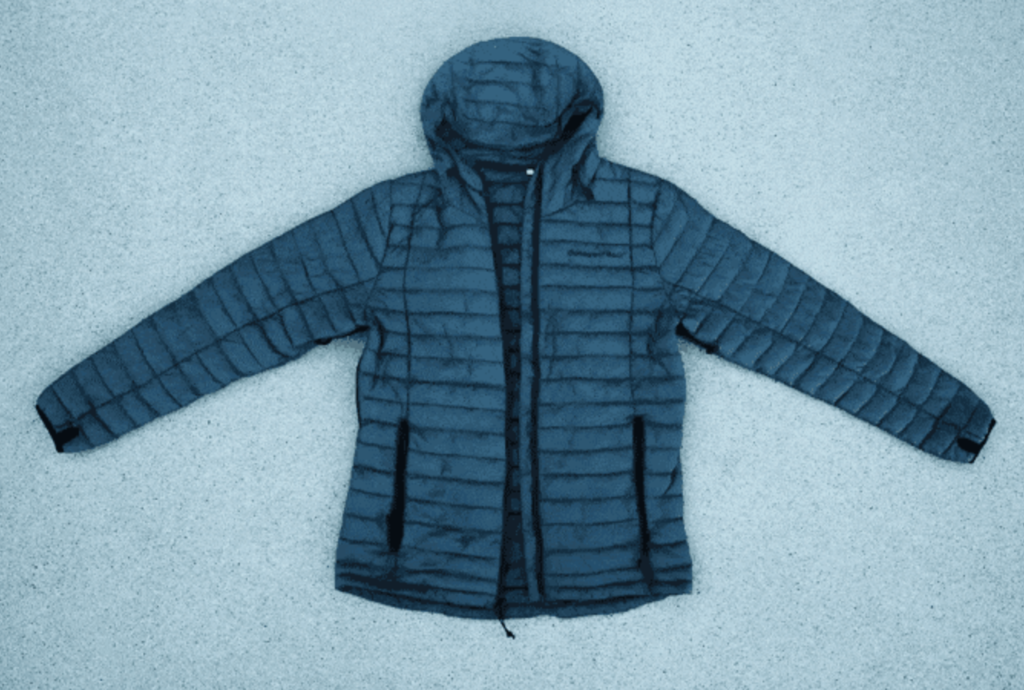 This vegan packable jacket from Outdoor Vitals is a great choice for outerwear.

How to Pick Outerwear

Traveling to colder climates makes packing light a bit trickier, but it can be done. For temps down to the 40’s, (maybe down to freezing if you’re not a tiny person like me who turns into an icicle after 5 minutes in the cold) layering is often enough. I usually opt for a light, stylish rain jacket that will block the wind and wet and that I can wear over a light sweater on cooler days. But for anything colder, you may have to break out the big guns.

Fortunately, there are plenty of jackets these days that pack down small and don’t contain down. Finding waterproof varieties can prove difficult, though. But because I knew you’d appreciate it, I rounded up a selection of quality packable vegan jackets here. 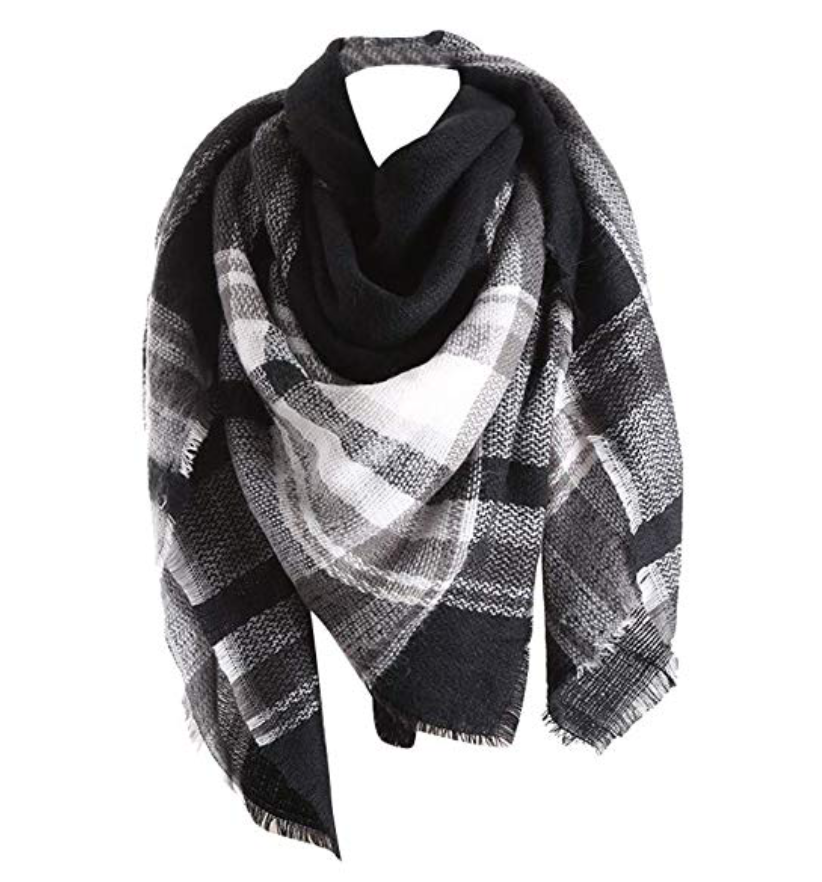 A scarf that multitasks as a blanket, shawl or head covering is a great addition to your suitcase, male or female.

How to Pack Accessories

We’ve all got ’em. If it’s not jewelry and sunglasses it’s bandanas and bush hats. Just Josh? I can’t get him to go anywhere without the hat he picked up in Australia. But no matter what accessories you’re bringing, keep them to the bare essentials. Noticing a theme here? Don’t bring four necklaces if you can do with one. Bring one wide-brimmed packable hat that will suffice for both the beach and hilly hikes. And bring a scarf that can multitask as a shawl and a neck-warmer.

Place small items in zip-top bags so they don’t disappear into the void at the bottom of your bag and anything that can be tied or lashed to the outside of your pack, (like water bottles or scarves) do. 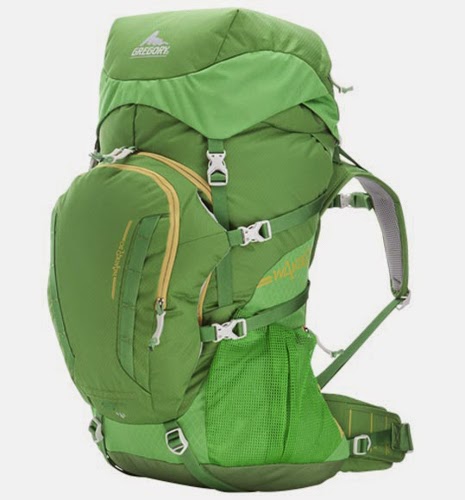 A quality pack may cost a little extra, but it will last a decade or longer.

Finally, invest in quality clothing and gear. I’m not great at this because if I can get away with spending less, I do, but I will sink a few extra dollars into a solid Osprey pack with a lifetime warranty, a pair of shoes I won’t wear for one trip and then toss, or a packable jacket that will keep me warm and dry. I’m not saying go buy so much gear at your local REI that you practically own stock in the company, but decide what items you want to last–specifically things you’ll carry (like packs) or will carry you (shoes). Any protective or technical gear is a given.

That enough to get you started? Have any good tips to share? Do tell. Pack well and wander on!

This post may contain affiliate links, which means we may get compensated if you make a purchase.