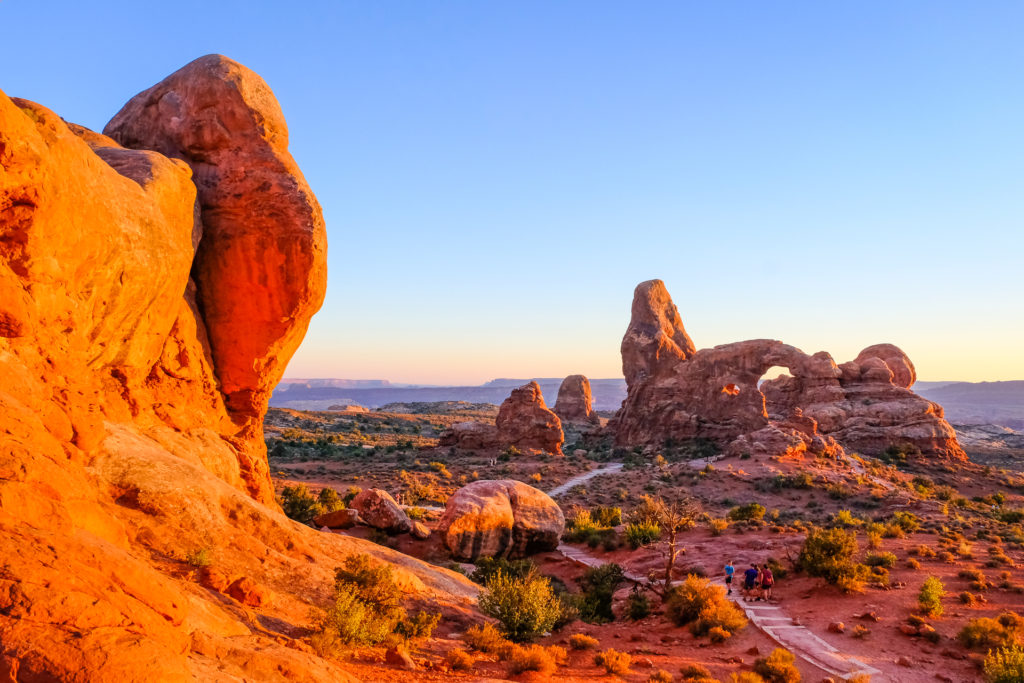 I might as well start with this: I’m embarrassed to admit that we are those people who only stayed for two hours at a National Park. We’ve backpacked in Grand Canyon National park, twice, gone camping and sledding in White Sands National Monument, completed desert day hikes in Canyonlands, and still only managed to spend two hours in Arches National Park. We should be ashamed. 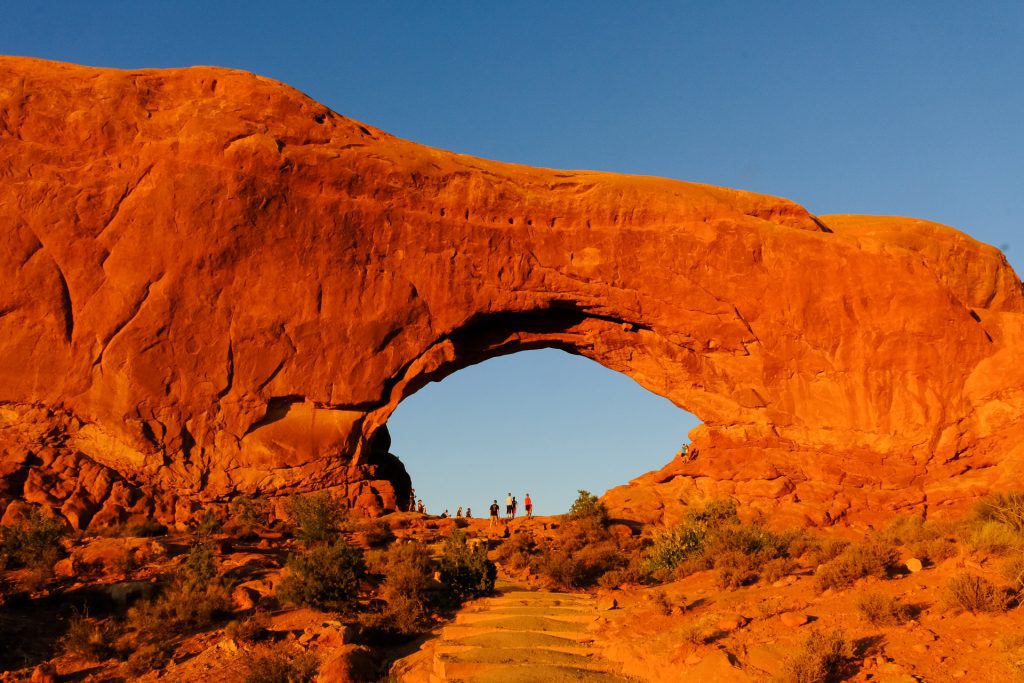 But in our defense, we were tired of the desert and had recently concocted a new plan to shake the scenery up a bit (I want to see mountains, again, Gandalf!). We had been road tripping around the Southwest for a week and a half, had finished backpacking rim to rim across the Grand Canyon a few days prior, spent nearly a full day hiking in oppressive heat in Canyonlands, and frankly, were sick of looking at red rock and dust. So as we contemplated finding a place to camp for the night near Canyonlands, I offered this alternative, which was not part of our original road trip plan (but the best road trips are where you follow the road wherever it leads you, right?):

Instead of staying the night in Canyonlands and driving up to Arches the next morning, spending the day hiking there, and staying the following night in Moab, what if we instead went up to Arches now, spent the night in Moab, then in the morning, cut east into Colorado, spent a day in Ouray, maybe Durango, see some mountains, breath some piney air, and then head down to our next confirmed stop, Albuquerque? 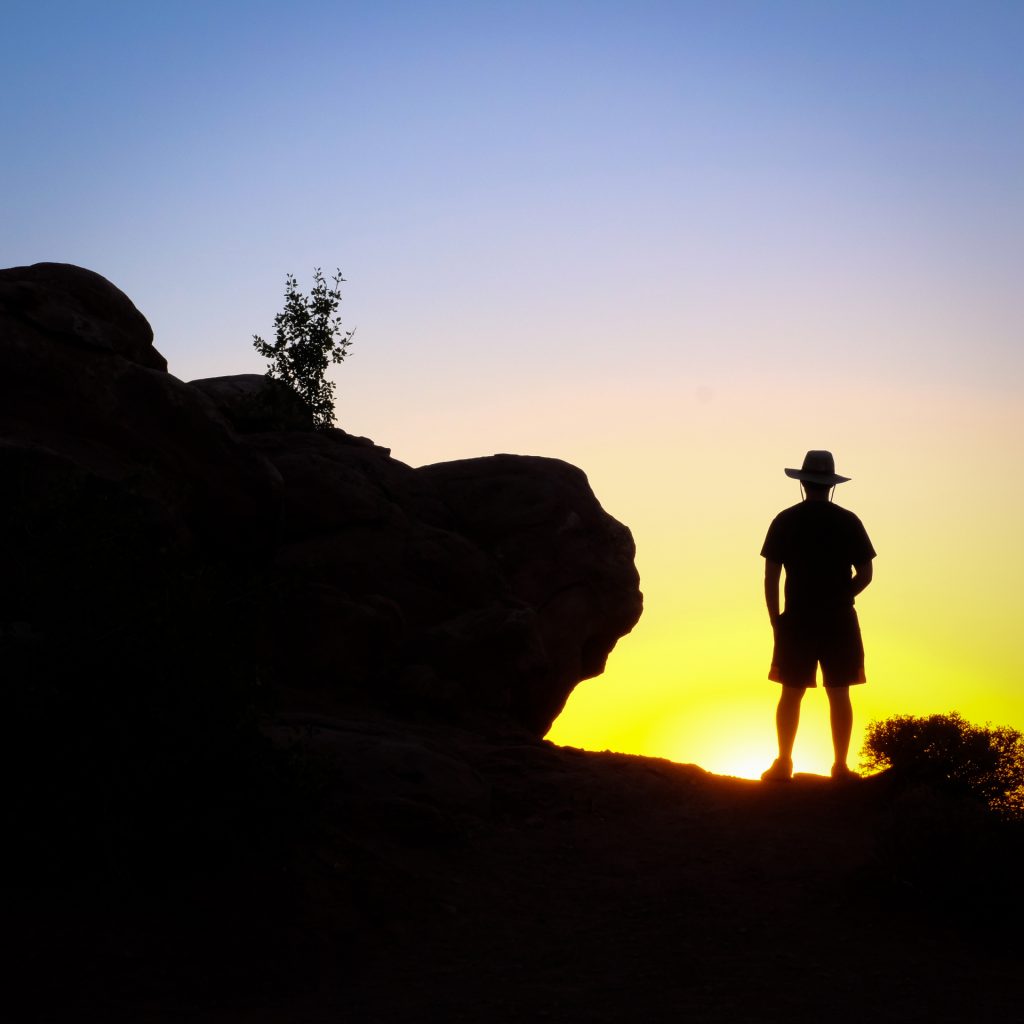 Taking it all in at Arches National Park at sunset.

Josh didn’t even hesitate. He just looked at me in a way that seemed to question why he hadn’t thought of that (or why I didn’t suggest it sooner) and started the car. This is one reason we kill it on road trips: we share a brain.

So we took off toward Arches, just an hour and a half drive north, and arrived in the park two hours before sunset. We immediately set a course for Delicate Arch, the supposed star of the park, but realized after a short walk from the parking lot that it was much too far from the viewing point to appreciate fully and we didn’t have three hours to hike out to it from the trailhead back down the road. Alas.

But it was golden hour, so there was no time to lose in getting some shots of other breathtaking scenery. We stopped at several lookout points to enjoy the massive red rock structures, then drove out to Windows, which turned out to be just as impressive–and probably less crowded–than Delicate Arch. There were still children all over it (I don’t like children disrupting my composition because I’m a cranky old lady), but not so many that you couldn’t hide them behind a bush or rock with some clever positioning. And the sunset light on that wide open landscape? Stunning. Take that, Delicate Arch. 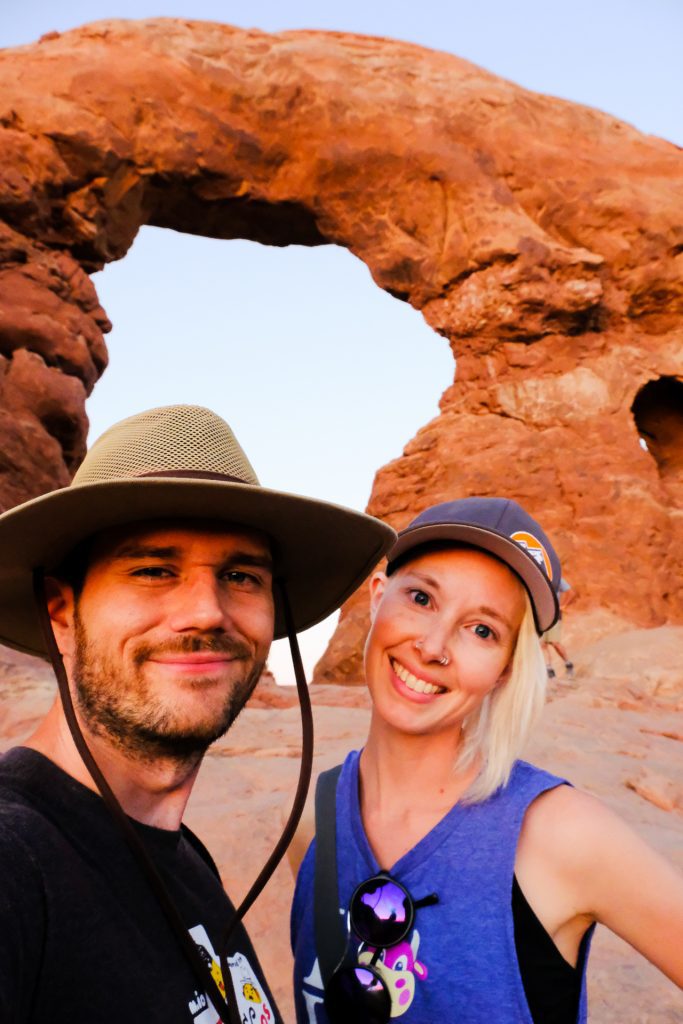 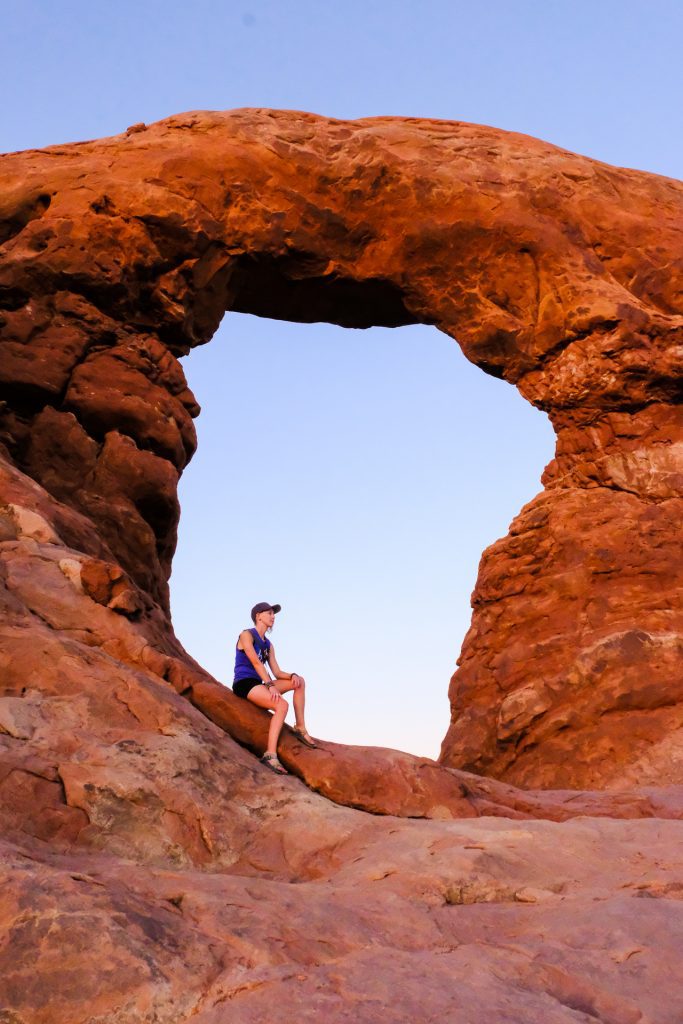 The sun having set, we made our way out of the park and toward a free dispersed campsite outside Moab where we discovered in the morning light that we hadn’t quite found the proper camping area, but just the same…

Ever been forced to spend too little time in a national park? Do tell. Wander on!

Go early or go late: the parking situation at most of the park highlights is dubious at best. It may take hours just to get in the park when cars are lined up all the way to the highway in the summertime. But if you go early or late in the day, you can beat many of the crowds. The light’s better, too, and it’s not so hot.

Entrance Fee: It’s $30 per vehicle to enter unless you have the America the Beautiful National Parks Pass, in which case it is free. We have one, which is the only reason I was willing to stay for only two hours in Arches National Park.

Camping: Arches has a 50-site campground, Devil’s Garden, but it fills up fast as sites are often reserved months in advance. They also cost at least $25 for a tent site. But camping, including free dispersed camping, can be found in and around Moab.