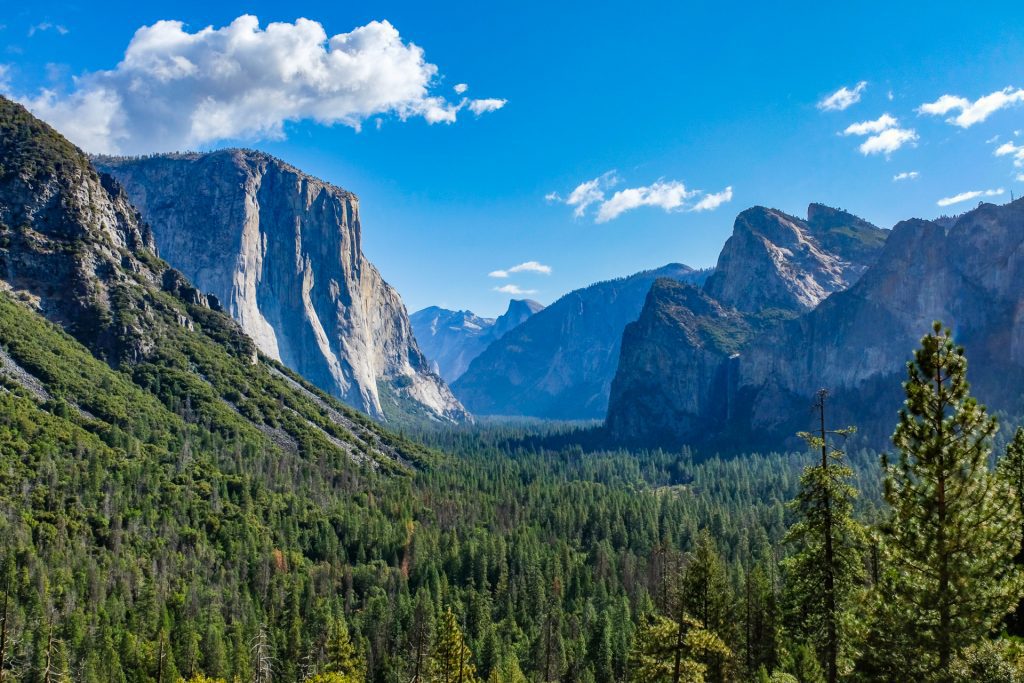 Granite cliffs, tree-covered mountains, waterfall hikes and views for days…what’s not to love about Yosemite? We visited the park for too short a time (one whole day–embarrassing, I know) last fall during our West Coast road trip, but vowed to return. And this September, we got the chance. Parks Project invited us to join their team and a few other volunteers to participate in the 16th annual Yosemite Facelift, and it was lit.

Yosemite was our last hoorah before heading back toward Texas after over two months on the road during our road trip from Austin to Alaska and back. And what a final hoorah it was. We flew out to L.A. from Denver, met Parks Project Co-Founder Keith Eshelman and the rest of the volunteers who would be joining us for the weekend, and road-tripped it up to Yosemite National Park where we set up camp with nearly the entire Parks Project Team. For three days we’d be volunteering, eating, sleeping, and exploring together in the great outdoors. 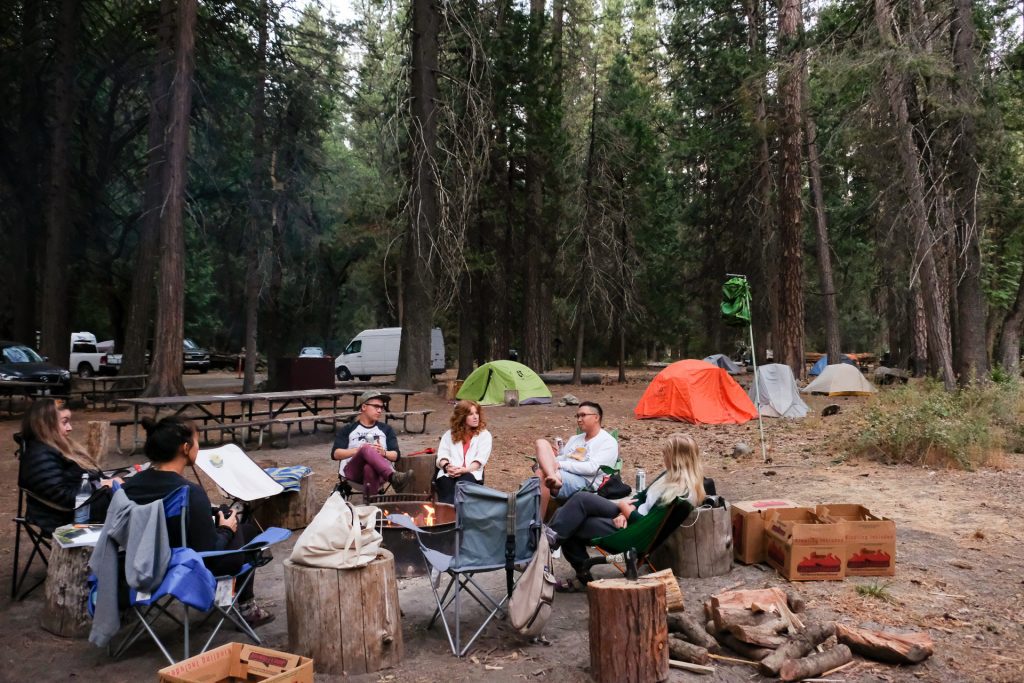 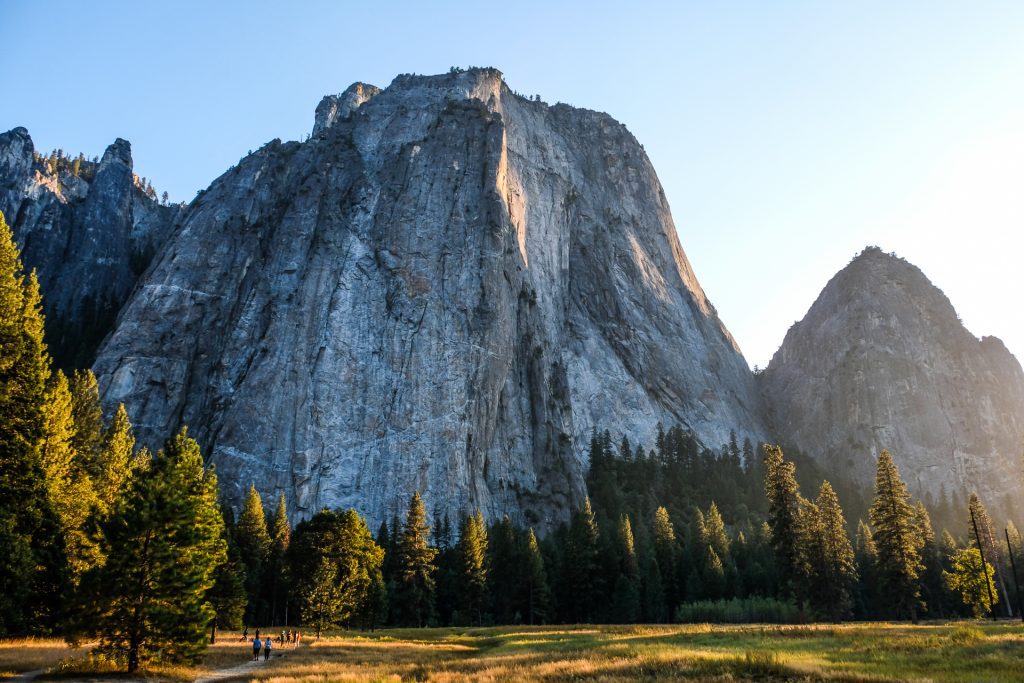 That, after all, is what Yosemite Facelift is all about: helping maintain the park (and have a great time doing it) so visitors can keep enjoying California’s most beautiful valley for years to come.

Appropriately enough, that’s also what Parks Project is about. But, ya know, with less of an emphasis on Yosemite (though they do love them some Yosemite).

You may know Parks Project as an apparel company. If not, maybe you haven’t visited enough national parks lately and seen their sweet park-themed swag all over the gift shop. If you’re not familiar with the company, allow me to introduce you.

Parks Project is about advocacy, conservancy, and designing really sweet gear and apparel that gets our generation stoked about outdoor places and spaces. And at least 5% of every sale goes directly to parks or their conservancy partners for park programs and invasive species removal, trail maintenance projects and sorely needed items like bear canisters, and more. But the company also believes in putting its money where its mouths is, which means the team and founders frequently participate in park cleanup projects and volunteer days, which is how we all ended up in Yosemite together donning Day-Glo vests and work gloves. 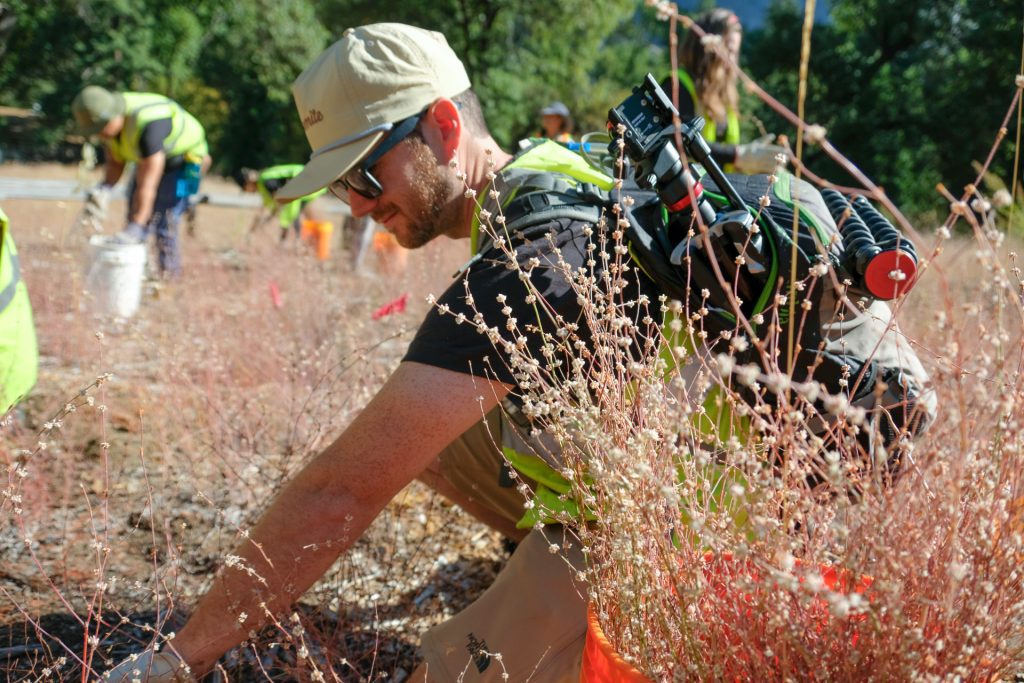 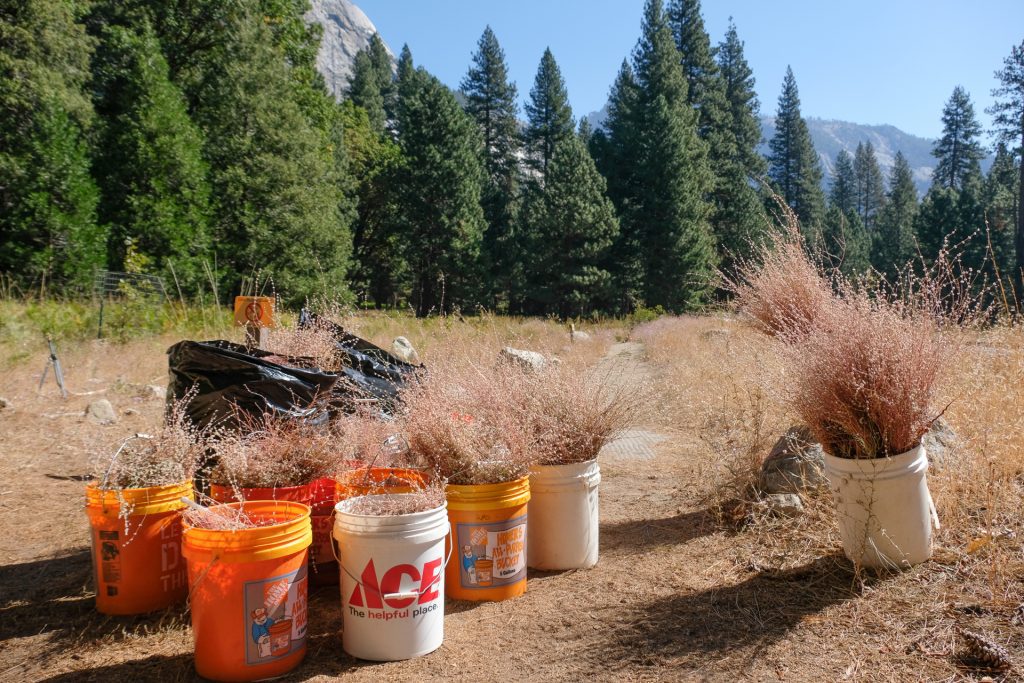 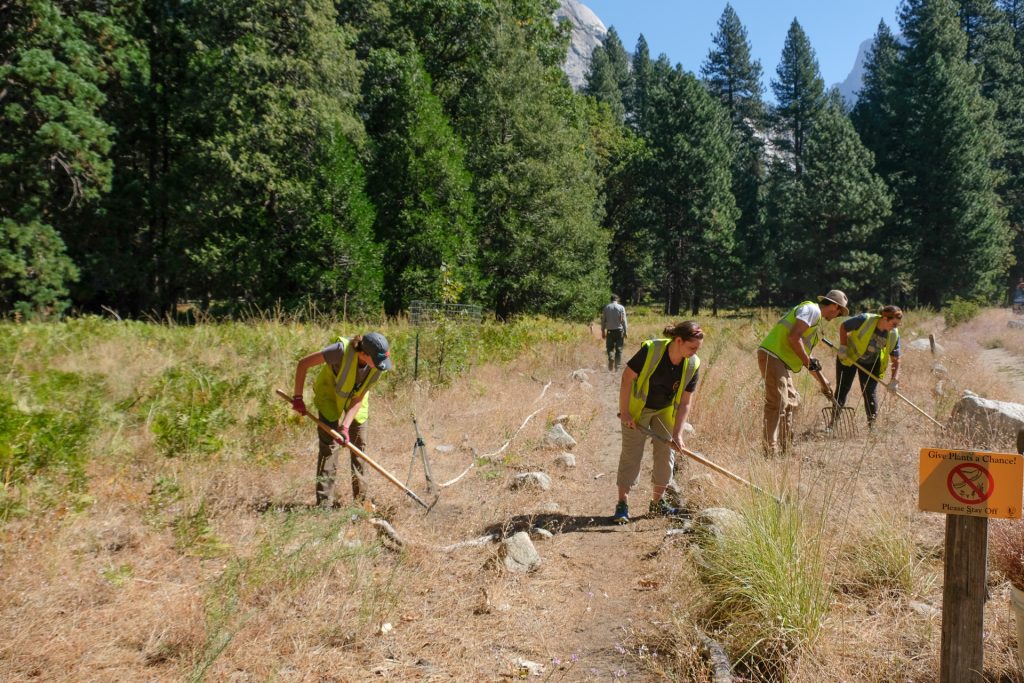 On day one, since we were part of such a large group, we teamed up to handle some seed collection. We combed a field covered in native buckwheat and harvested buckets and buckets of the plants to redistribute in another field that was notably lacking in native flora. Why? To help encourage pollinators and replace invasive plant species, of course.

Then we broke into groups and, I’ve gotta say, our group lucked *out*! We ended up in a shady grove surrounded by trees, sitting in fluffy grass, plucking soft seed pods, which, when placed into a paper bag, made a temptingly comfortable pillow. Not that any of us tested it out… 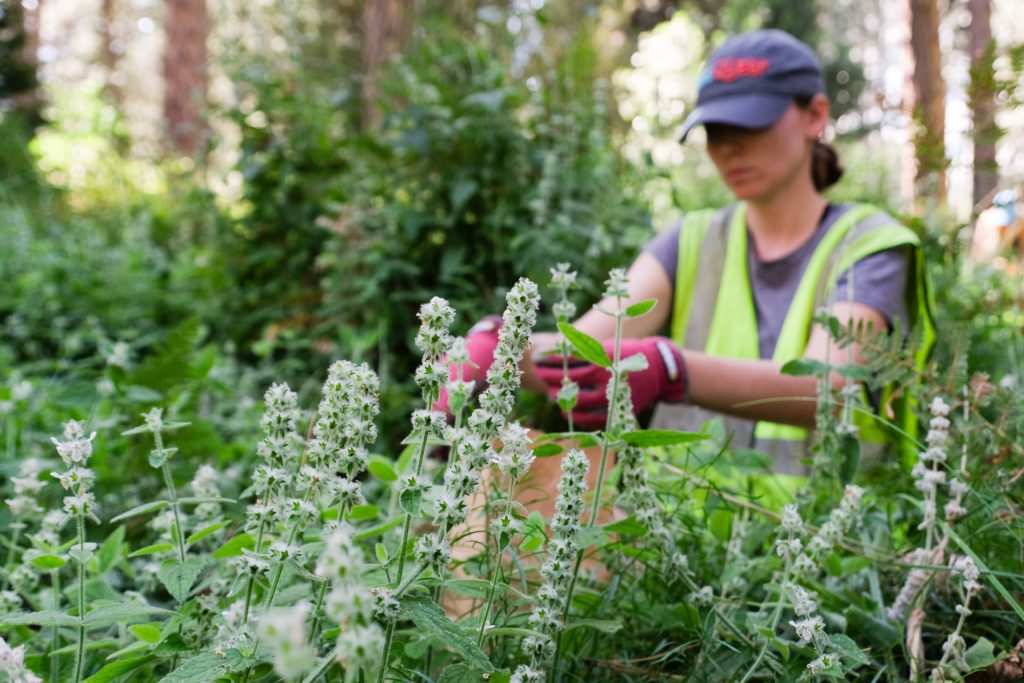 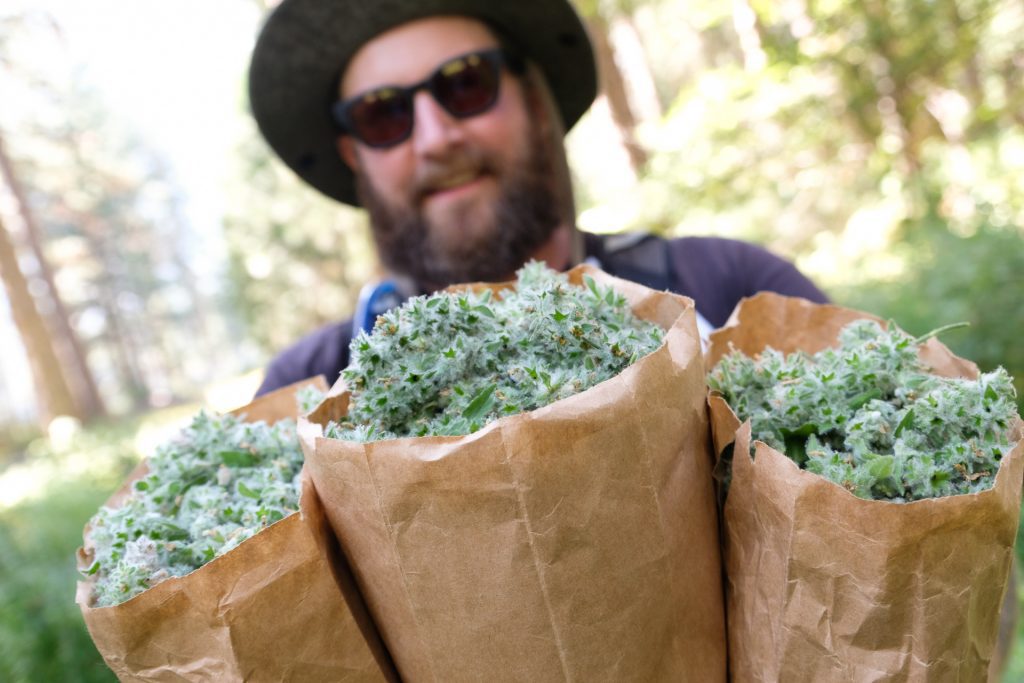 But the work isn’t always so relaxing. Digging, clearing trails, manual labor…they’re all potential tasks the good folks who organize the event every year might ask you to do. Much of it depends on park rangers and what projects on their lists they simply haven’t had the hours, money, or manpower to tackle yet, but there’s also just regular ol’ cleanup.

Which is what we did on day 2.

Anybody can participate in general cleanup, even if you didn’t happen to come to the park with volunteering in mind. You just sign up, get a burlap bag and trasher-picker-upper (which is what I’m going to call the reacher-grabber dealie used to pick up garbage), plus gloves and a vest. Our team opted to hit the streets instead of the trails, so we all hopped on rental bikes and started cruising around the roads in the parks to collect trash that hikers might not get to. And while our efforts were valiant, we did not win the award for most trash picked up that day. And yes, there is an award. Because everything’s more fun when it’s a competition. 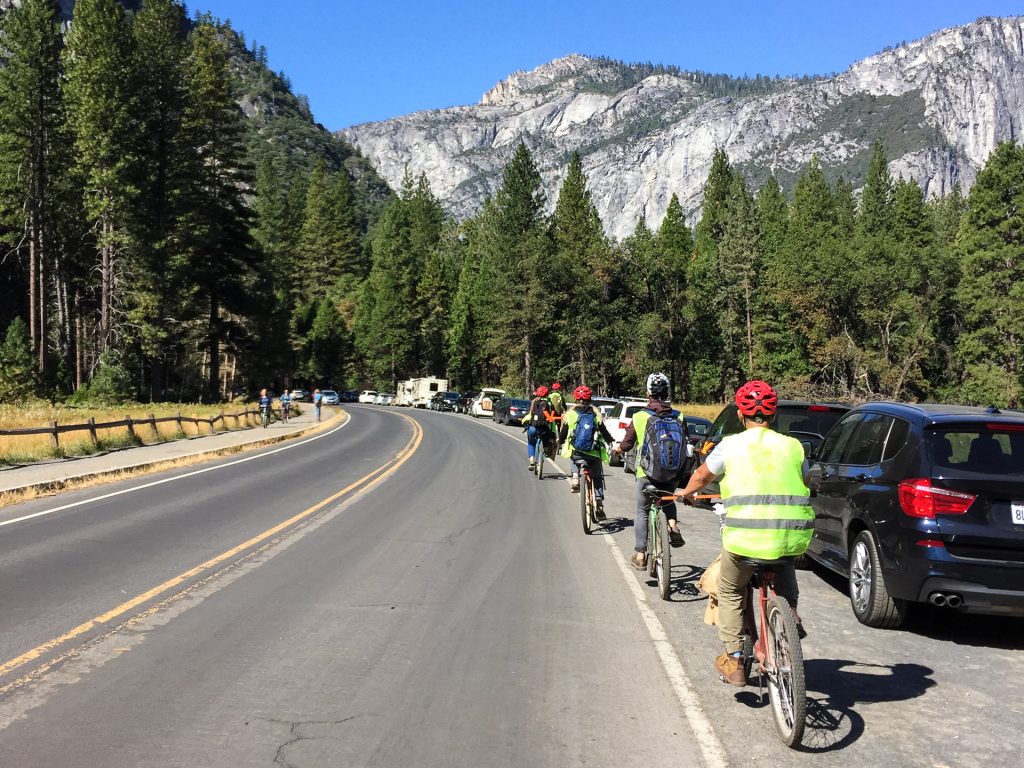 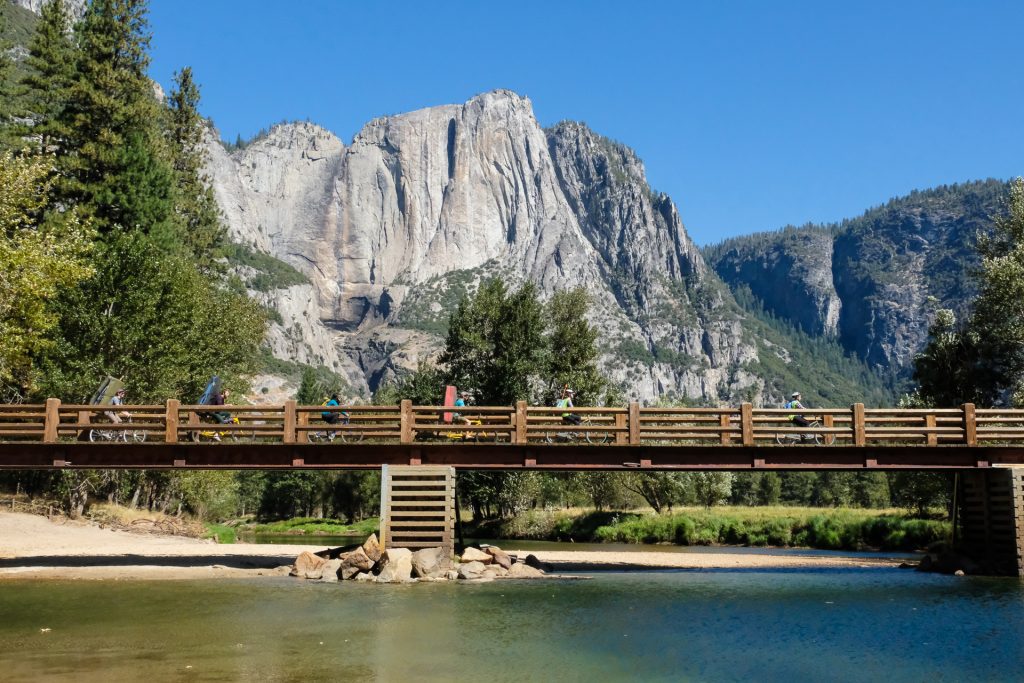 What did we do when we weren’t collecting other people’s rubbish? Ate, relaxed, hiked, explored, asked questions about Parks Project and filmed the answers…you know, typical Yosemite stuff. 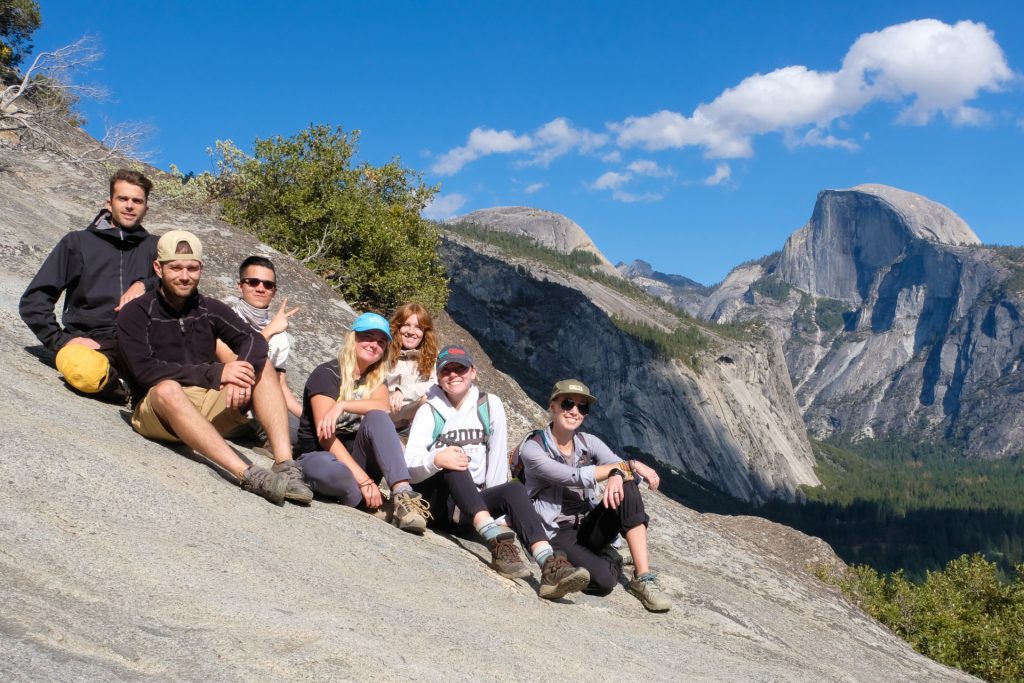 Part of the volunteer crew in front of Half Dome 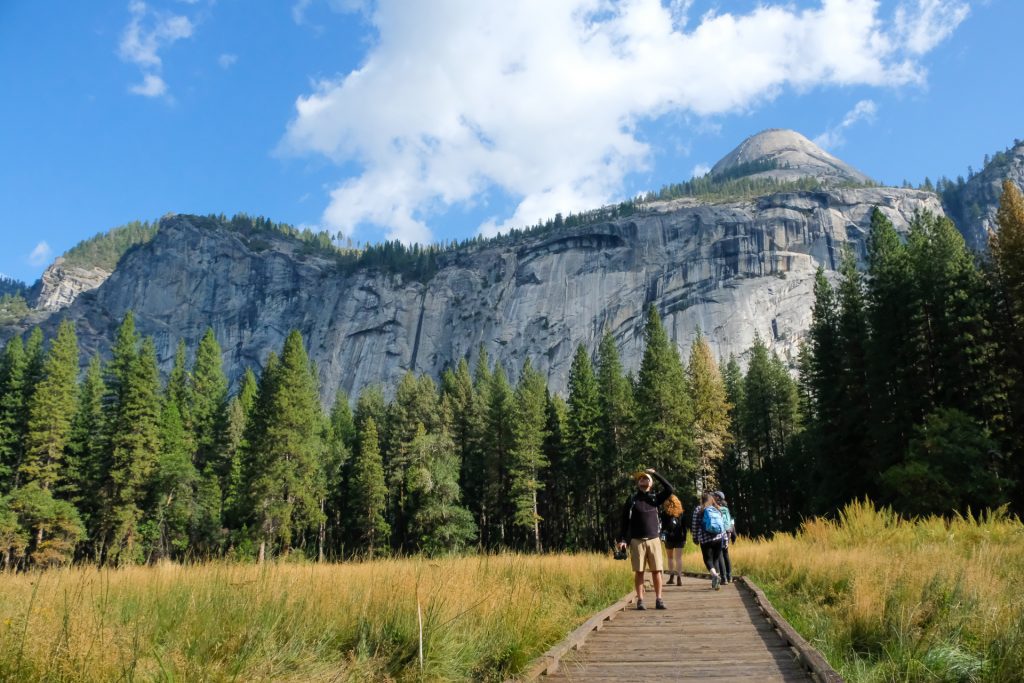 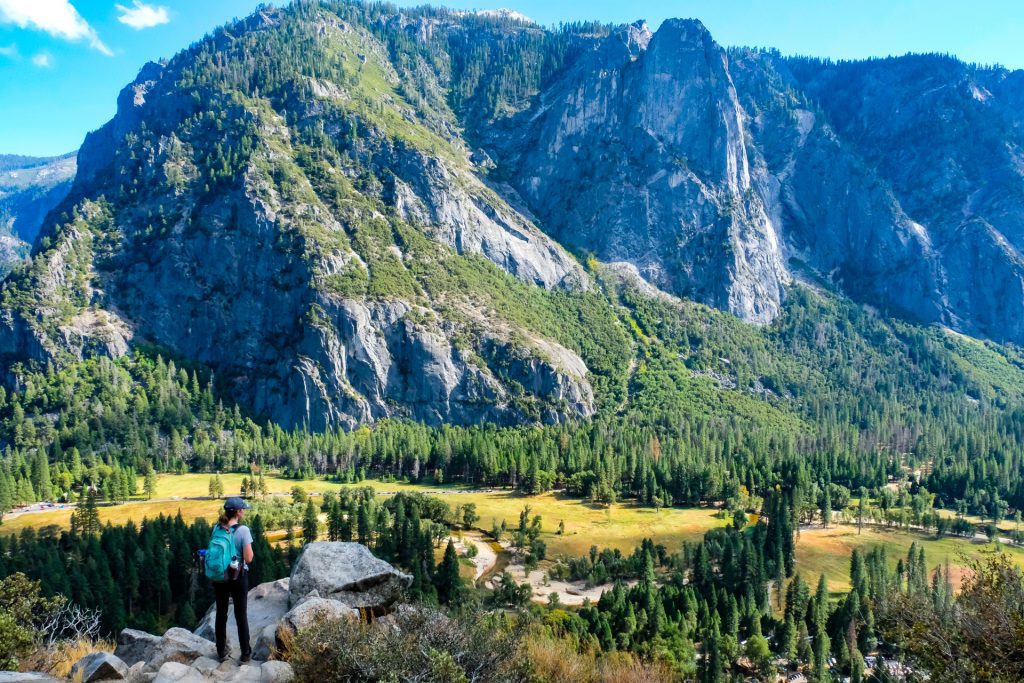 And while volunteering at Yosemite Cleanup was the first time we’ve pitched in to clean up a national park in the U.S., we can enthusiastically say that it won’t be the last. Even now, walking around our neighborhood or in local parks, we’ve started reaching down to pick up orange peels, bracelet clasps, gum wrappers, you name it. Which I guess means that Parks Project is doing their job and doing it well: encouraging this generation to care more about their public lands and do what they can to protect them.

Also, designing cool T-shirts, which you should buy. Because they support the parks we all love. Also, these hats are dope: 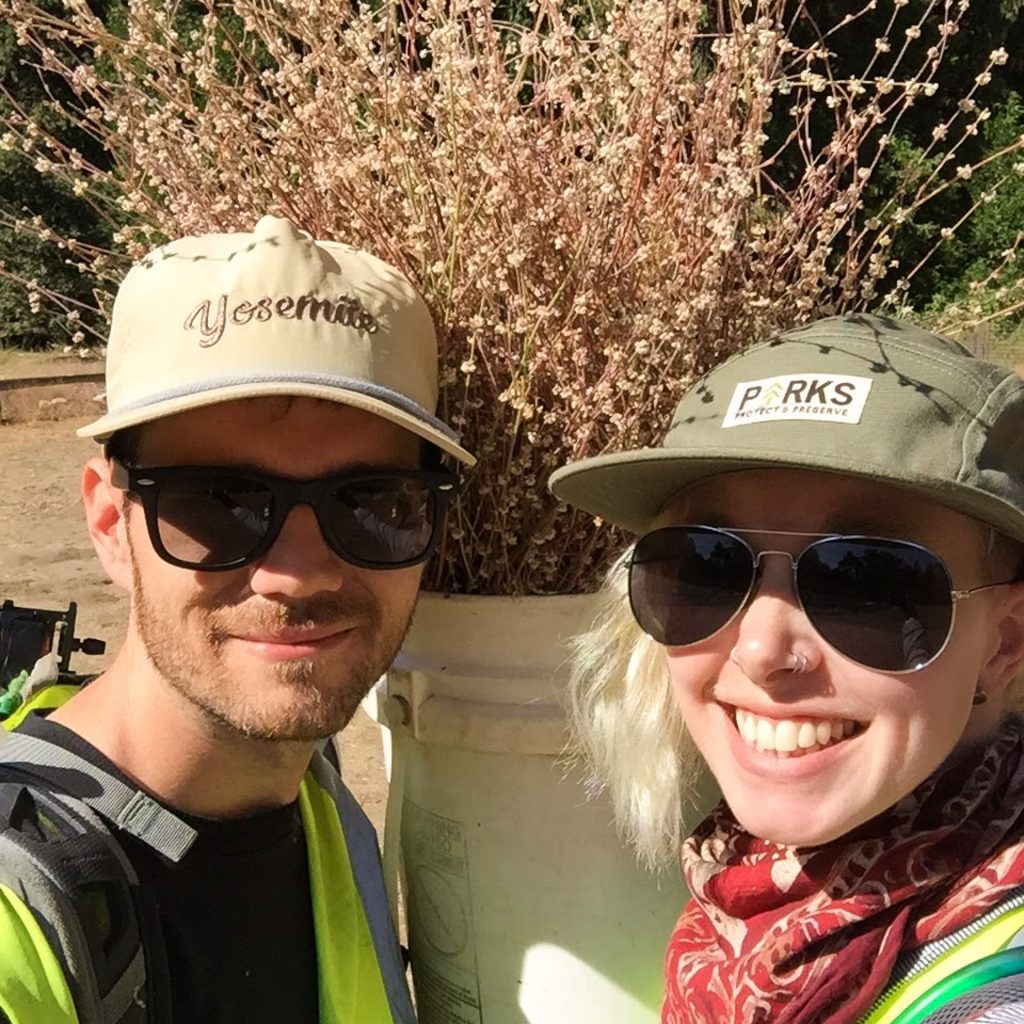 Parks Project Hats in Yosemite Nylon and Protect and Preserve.

Have you volunteered in a local or national park? What’s stopping you? Grab that trasher-picker-upper and wander on!