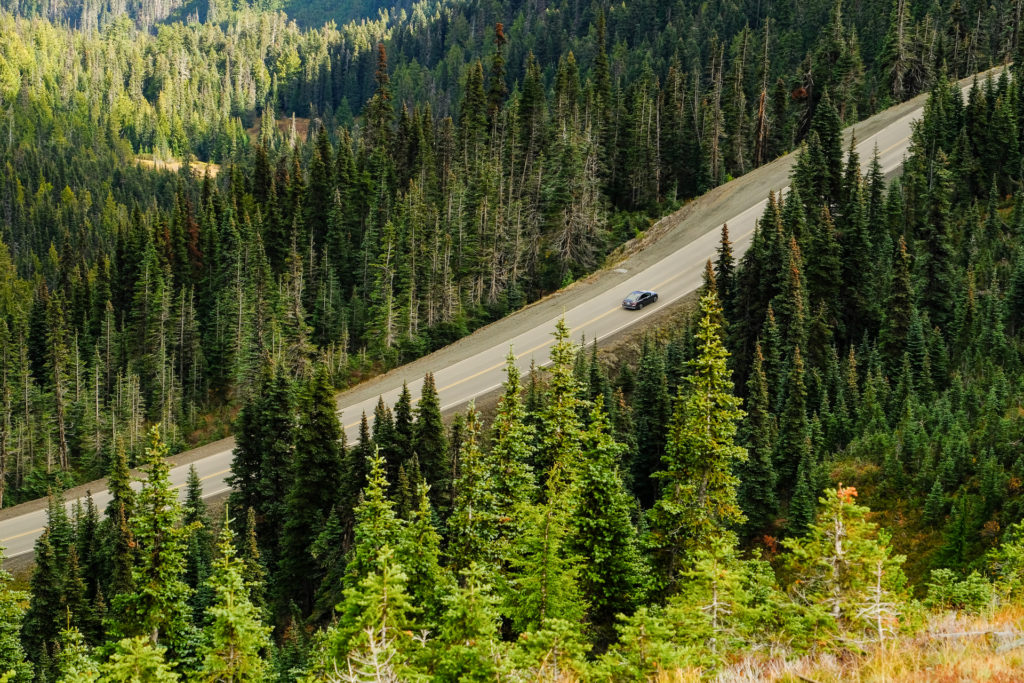 Road trips, right? We freaking love them. A lot. So much that our expeditions might be considered insane by some. And that’s OK. Because those people are probably right. But that’s the life of a travel writer: insane travel to pack in as much potential content as possible. Which is why we set out on this epic western road trip route across 2 countries, 9 states, and more than 20 stops along the way. Call it a West Coast road trip route, a national parks road trip route, an -I’m-gonna-lose-my-mind-if-I-have-to-drive-through-West-Texas-one-more-time road trip route, but whatever you call it, it was one epic, wild ride. Here’s a route and itinerary for you adventurous (read: crazy) road trippers who want a journey for the ages.

This is the (more or less) exact route we took from our home in Austin all the way across the country to Vancouver, Canada and the Sunshine Coast down the West Coast to San Diego and back. It took us almost exactly 30 days, though if you have the time, I’d recommend at least an additional week or two. As we publish stories and posts about each destination we will link them to this post so you can always find the info you need. So load up the car, get ready to sleep on the ground and hike some mountains, and wander on! 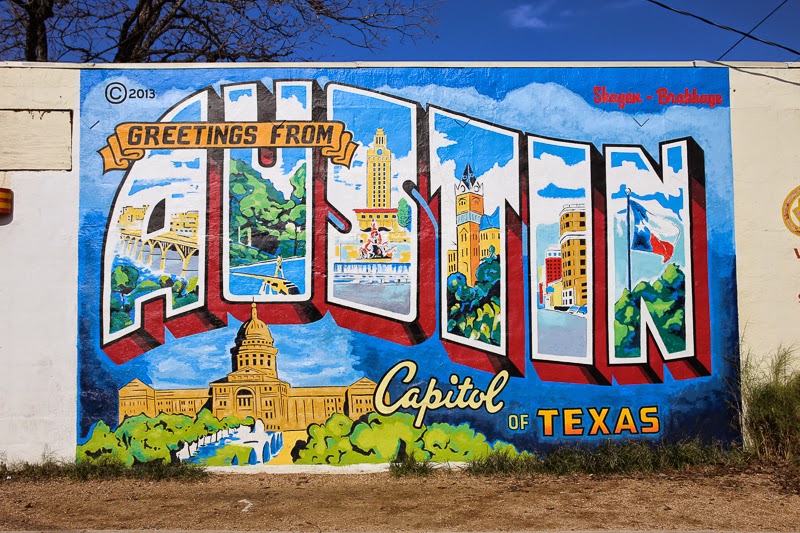 You know we love Austin. We love it even more every time we’re away from the city for so long. Vegan food, outdoor activities, culture, music, festivals, you name it, Austin’s got it. If you haven’t been to this city yet, get going already! 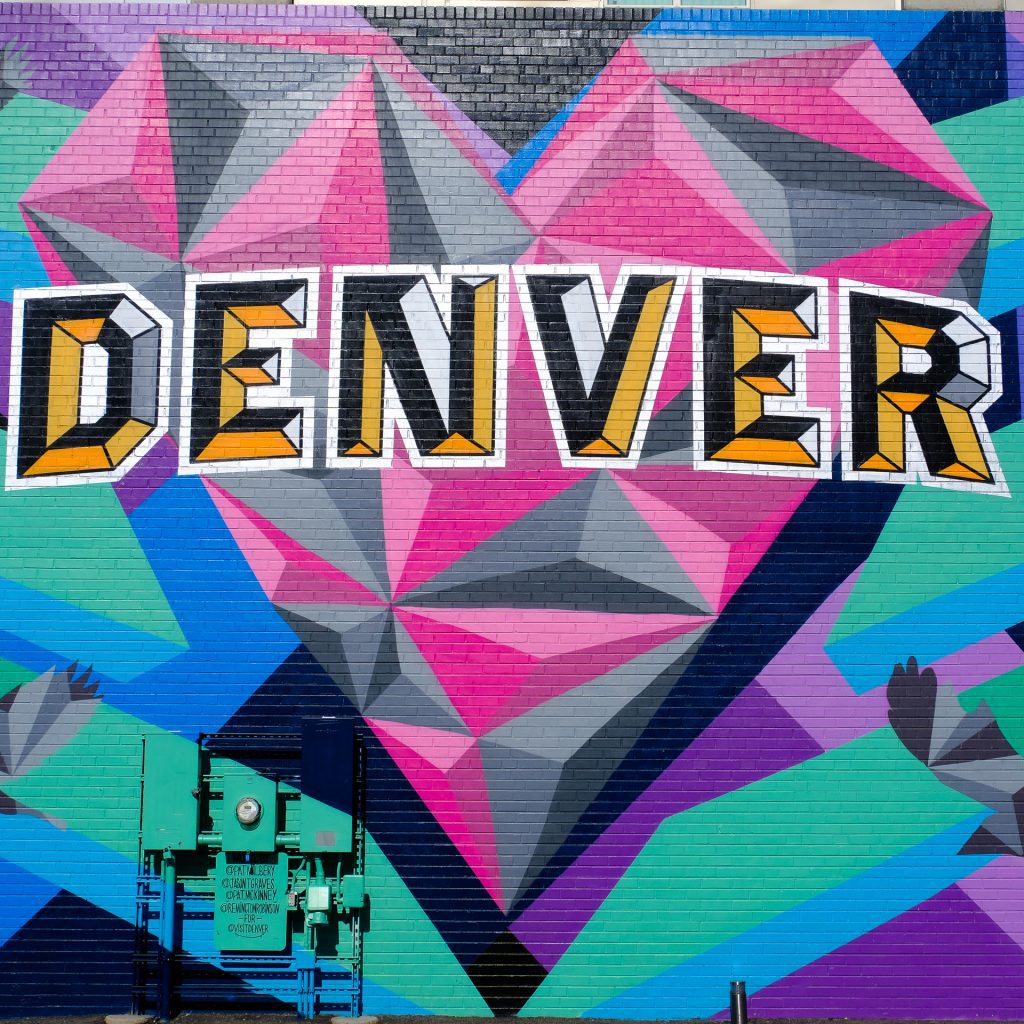 We drove almost straight through to Denver, but you don’t have to. It’s a haul. Once there, we rented some bikes from SloHi and hit the city streets. Read about it here. 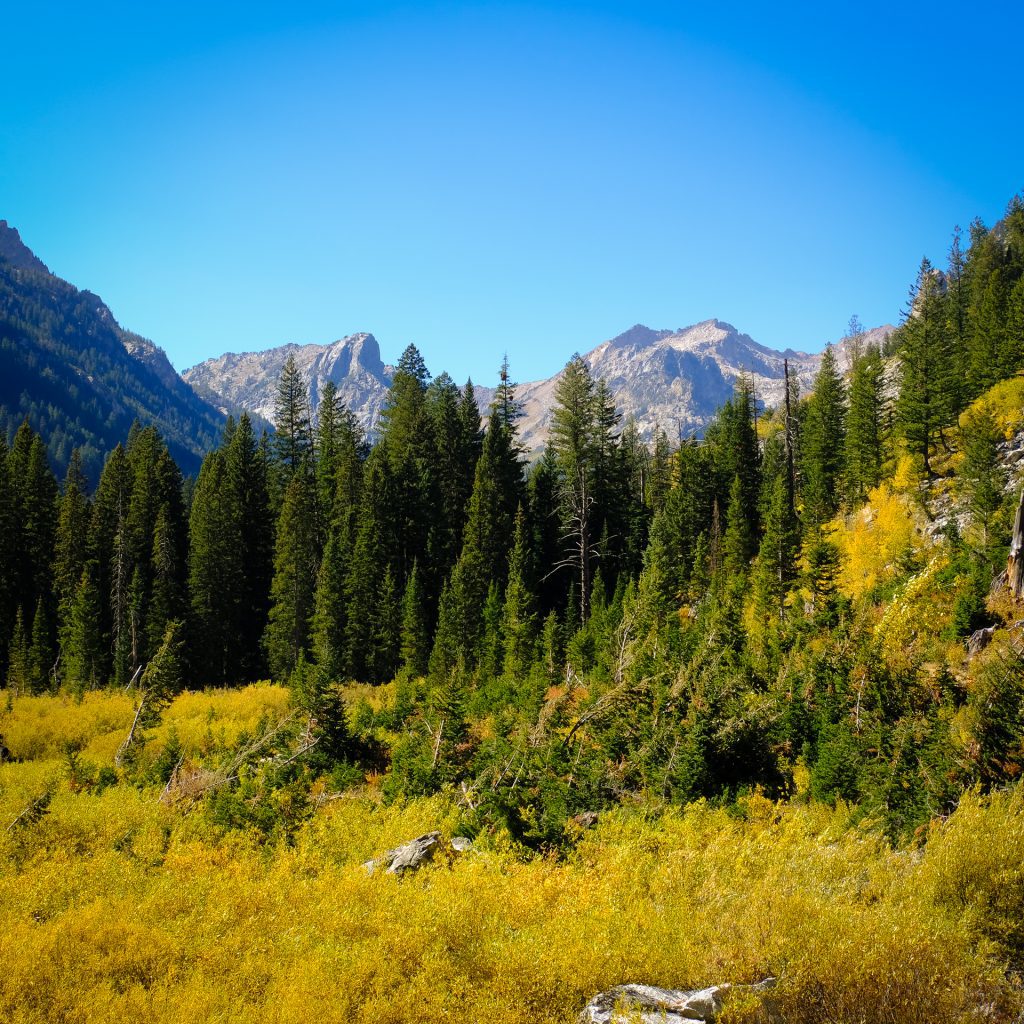 We camped (read: slept in our car) the night before in Jackson and spent the day hiking in Teton. This might be one of my new favorite national parks. I can’t wait to get myself back there for some backpacking! Who’s in?

If you’re going to Teton, you might as well go north 60 minutes to Yellowstone. Bison, bears, elk, waterfalls, geysers, Yellowstone has it all. We spent a day hitting the hotspots and dispersed camped west of the park that night. 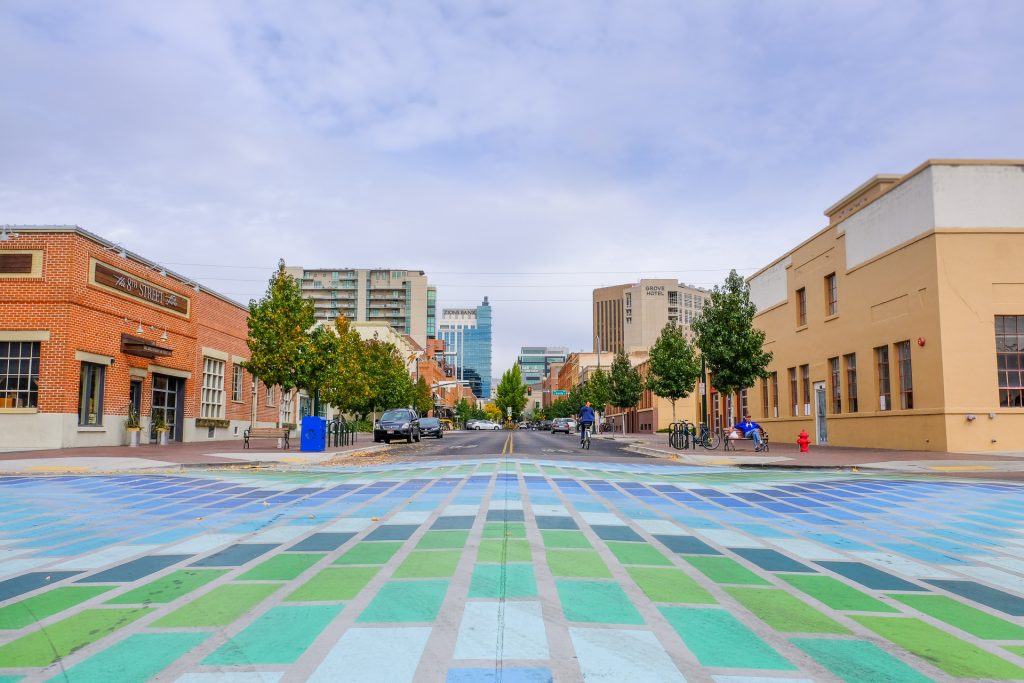 The best part about Boise? It’s perfectly cyclable. We picked up a couple of e-bikes from George’s Cycles and rode the picturesque bike path, through trendy neighborhoods, and all over downtown. Check out the post and video on the city here! 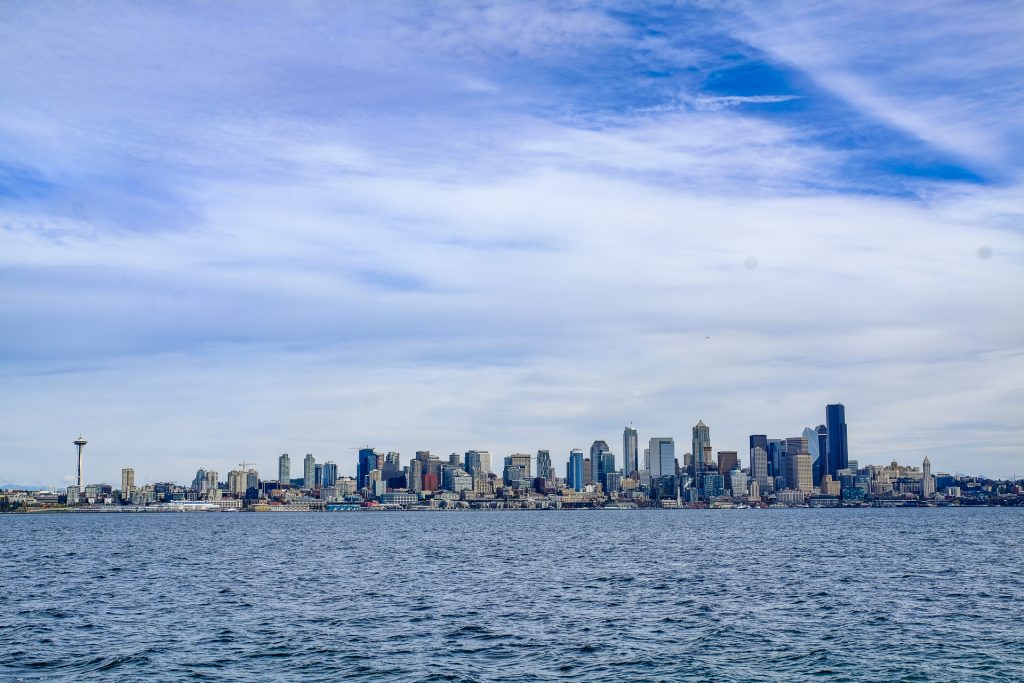 The Seattle skyline as seen from Alki Beach

This is another long haul, so feel free to stop for the night on your way. Be sure to check out Fisherman’s Wharf and stock up on vegan staples at Vegan Haven. 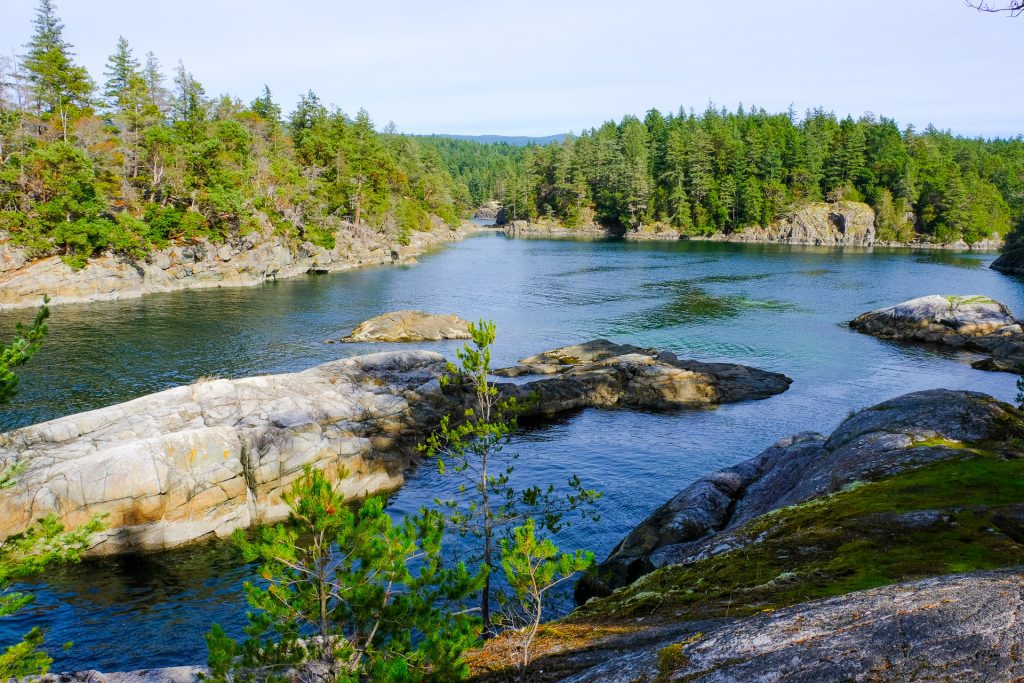 The Sunshine Coast just north of Vancouver in BC, Canada

You might wonder where Sunshine Coast is on the map below. Well, it takes a ferry to get there, so Google didn’t want to offer directions for some reason. But it’s super close to Vancouver, so hop over for a night or two for some outdoor adventure and a stay at Up The Creek Backpacker’s Lodge. Read about all the fun things to do in the great outdoors here. 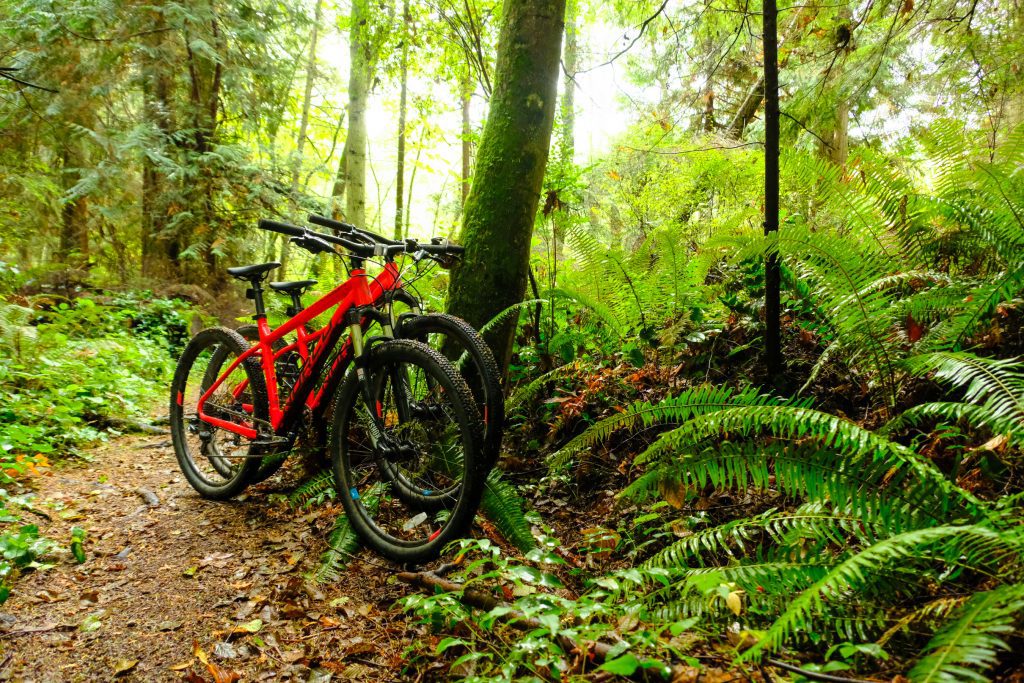 Take a ride on hundreds of miles of trails on the Kitsap Peninsula, Washington

Back down in Washington, Kitsap is accessible by ferry (or by driving south and back north) and can be a day trip from Seattle or a weekend excursion. Rent some bikes or kayaks from Olympic Outdoor Center and get your adventure on! Read about how to get outside and play here! Wanna watch instead of read? Check the vid here. 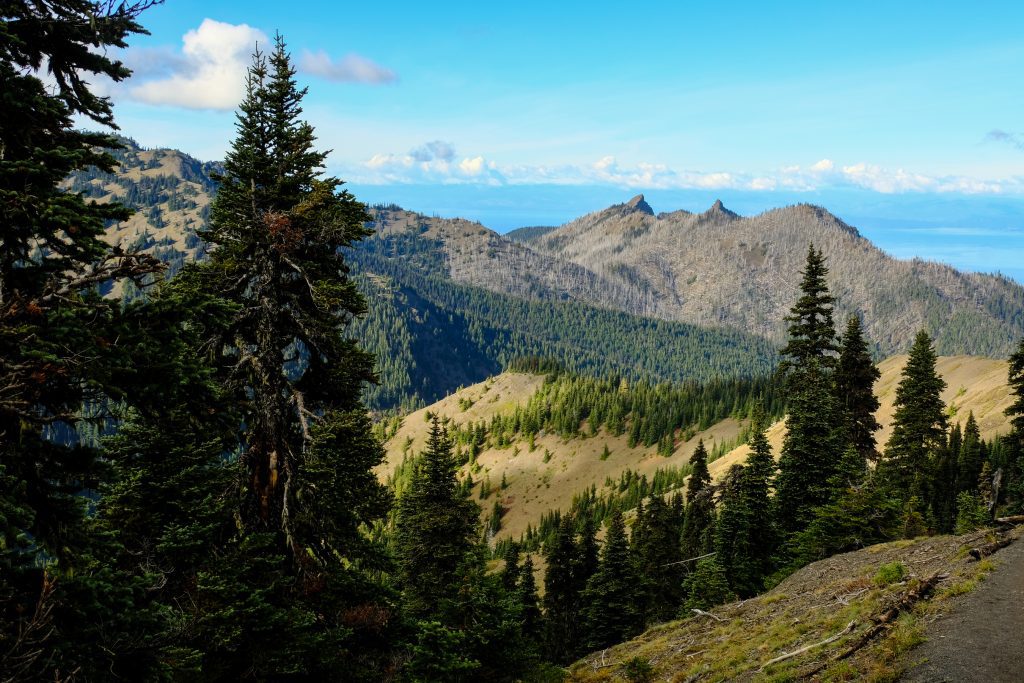 I’m embarrassed to say we spent only 3-4 hours at Olympic. Chock it up to poor planning on my part. But plan a day or two, take a hike, and plan for long drives between sections of the park. 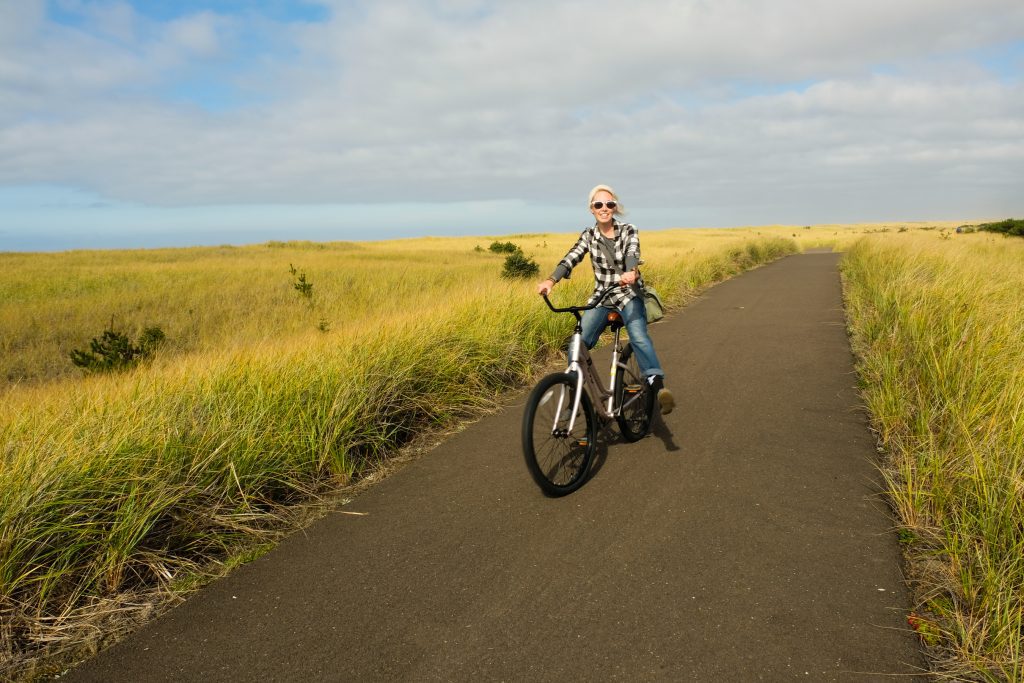 This is where you want to be for a quiet beach retreat. Picture a place Hemmingway might have gone to finish a novel and you’ve got Long Beach. Stay at the uber eco-friendly Adrift Hotel and take their free bikes out for a ride on the Discovery Trail. Read about what to see, do and eat on the peninsula here! 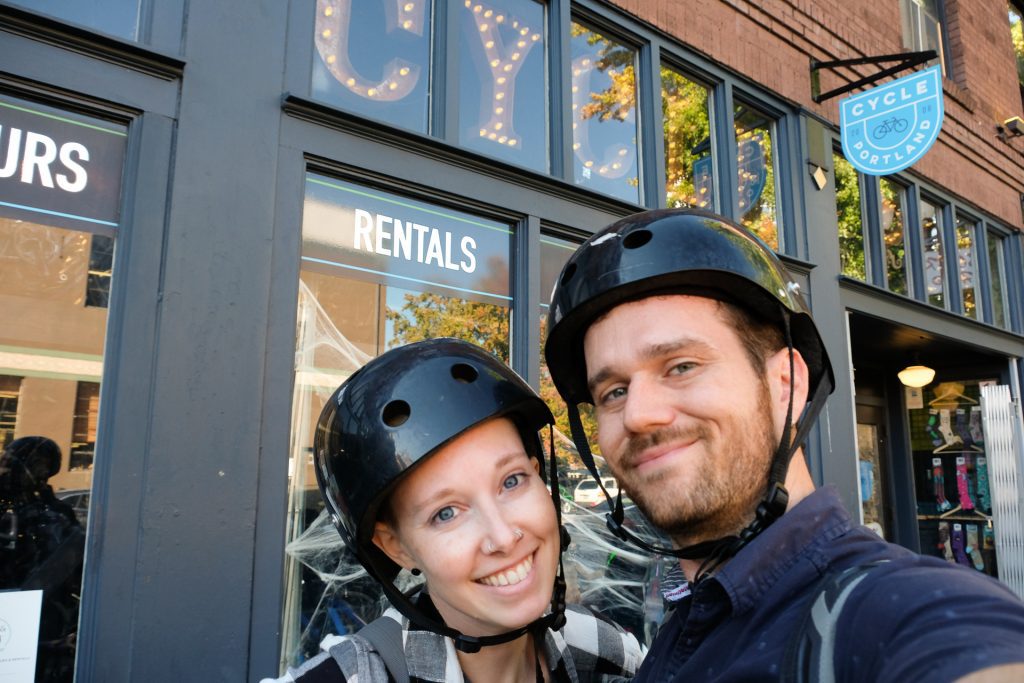 Prepare to eat! Which is really all we wanted to do in Portland. But we also managed to take some bikes from Cycle Portland and tour the city on two wheels. (Pro tip: opt for the e-bikes.) Read about our top 12 things to do in the city and watch the video here. But before you arrive, Cannon Beach is practically on the way from Long Beach and there’s just something about that big rock on the beach… 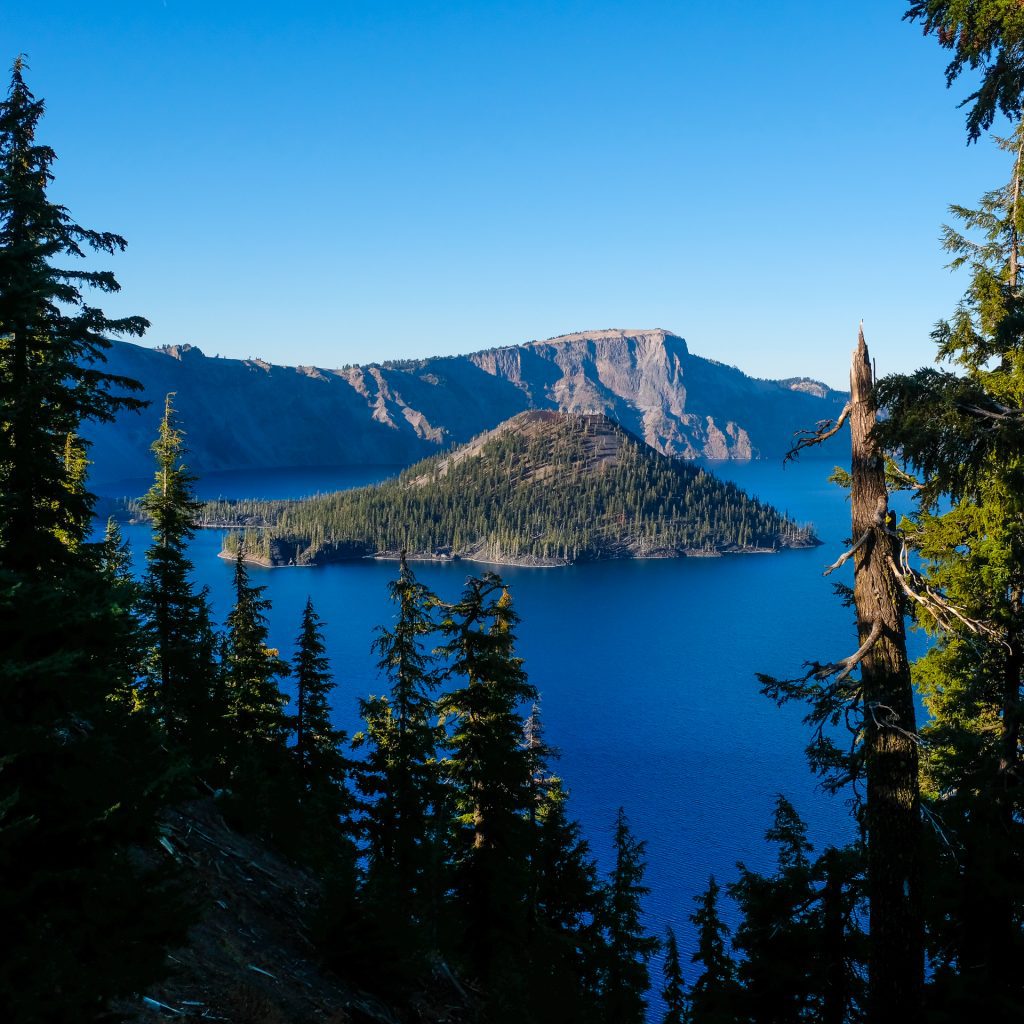 Take a hike or two or just sit and marvel at the impossibly blue waters in this park. In the summer, you can reserve a tour of Wizard Island! Want! 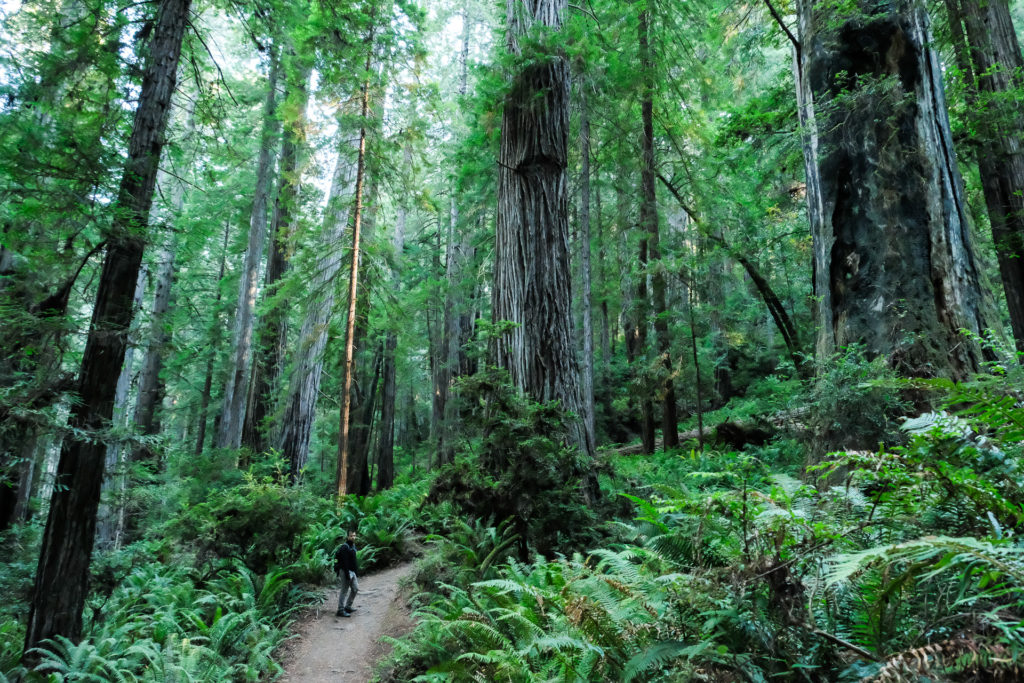 Just across the border into California is this stunning natural feature. Go wander amongst trees that are hundreds of years old, get lost in old growth forest and camp for free at hike-in campsites! Extra bonus: entrance to the park is also free. 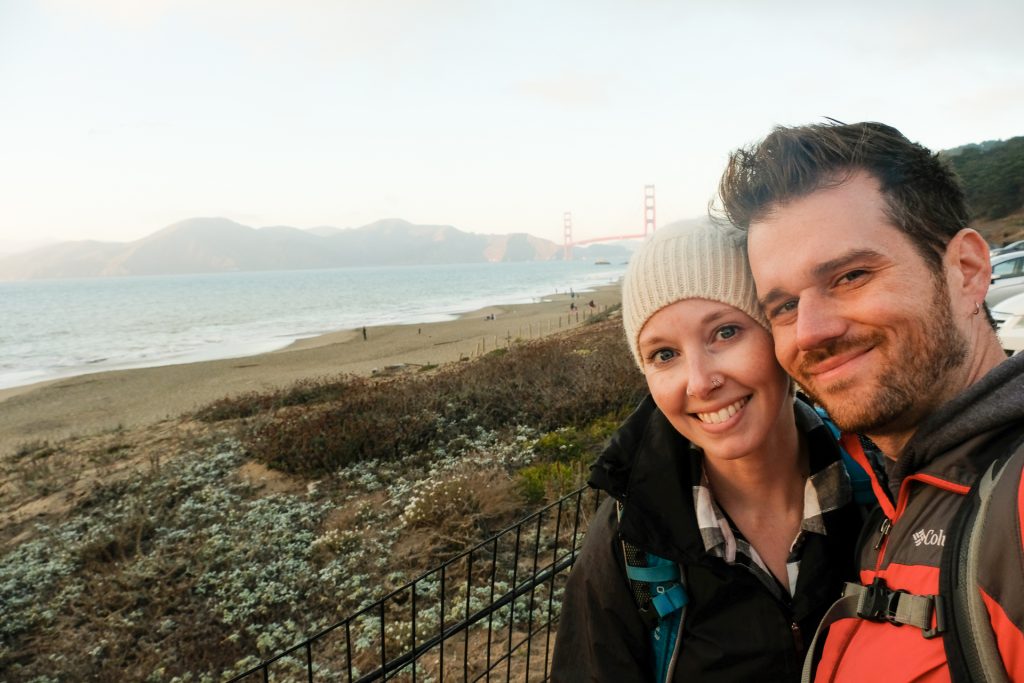 Spend at least a couple of days in San Francisco. Even better, do what we did and rent bikes from Sports Basement’s Basically Free Bike Rentals and get some e-bikes to explore the city. You’ll get credit for the outdoor store for the amount you spent on the bikes. Score! 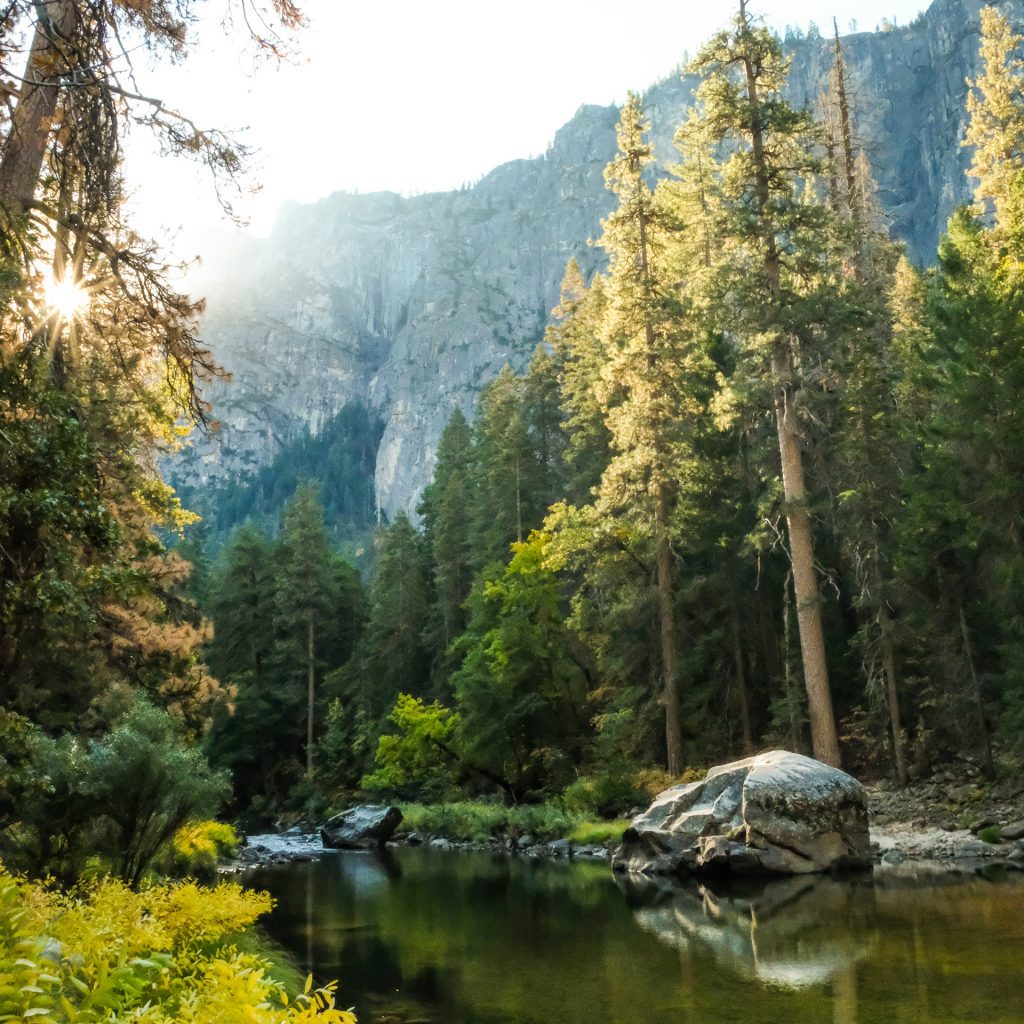 Head inland a bit for some serious outdoor warm fuzzies. There’s just something about Yosemite that makes you want to become a mountain man. Woman. Person. I, for one, look forward to doing some proper wilderness backpacking here in the future. 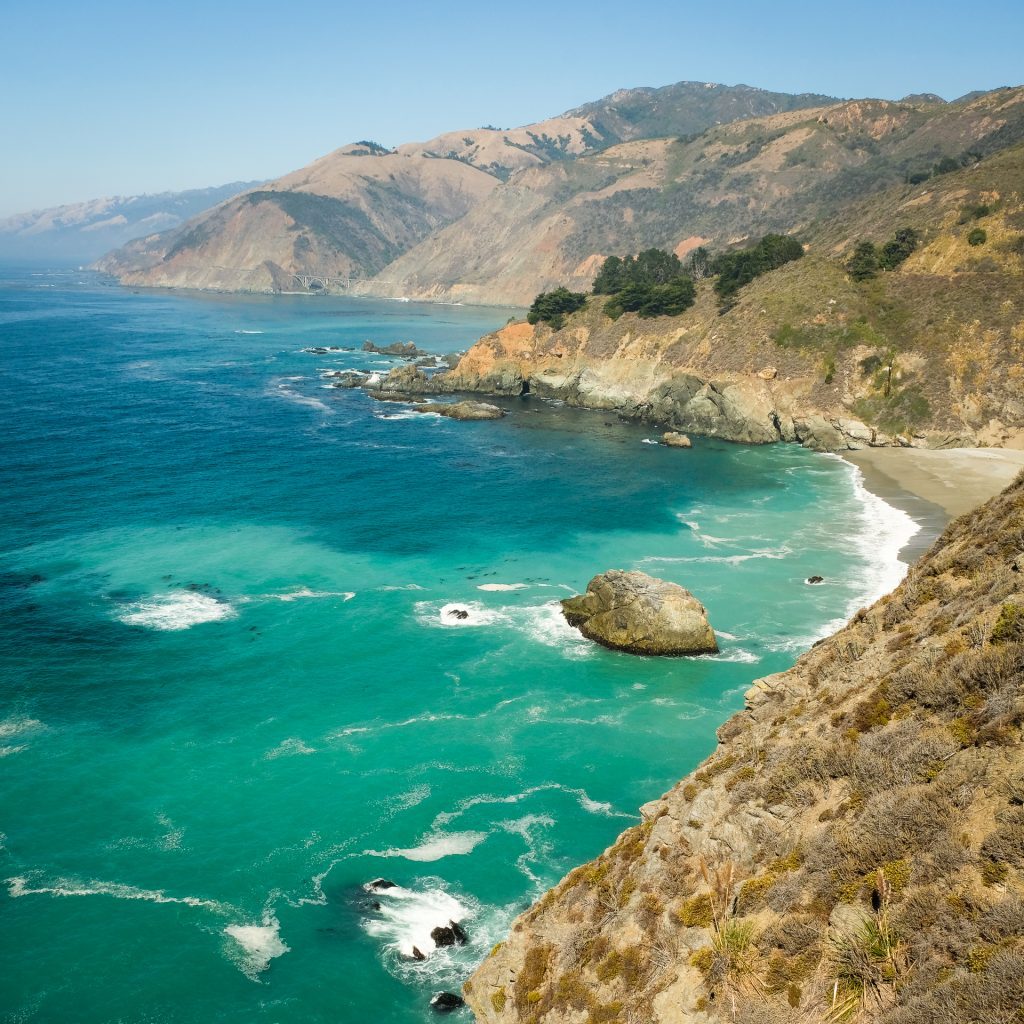 The Big Sur Coastal road is picture perfect at every turn

The road through the park and beyond actually just reopened after landslides washed them out a couple years back. Visit the park or simply drive down this stunning stretch of coastal highway. It’ll take longer, but that’s mostly because you’ll be stopping every five minutes to take photos. 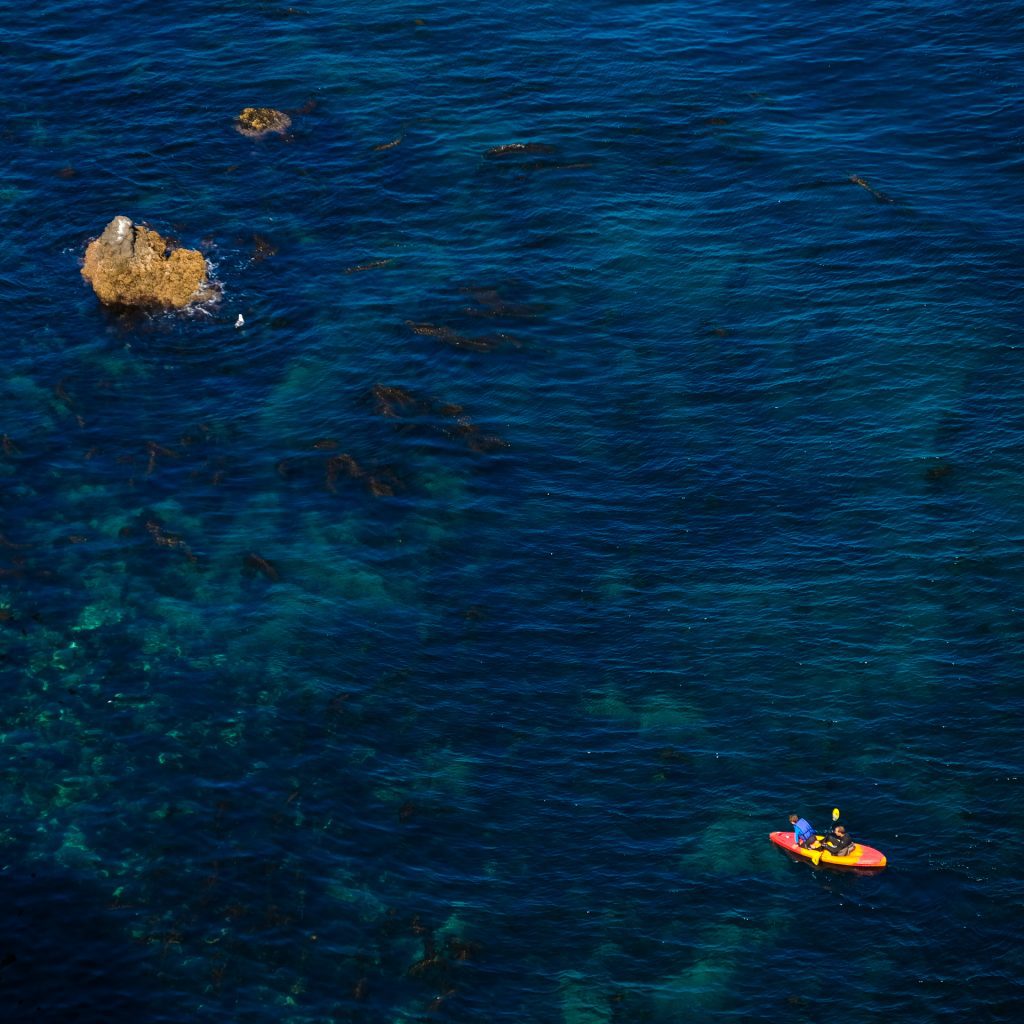 Less of a destination than a jumping off point for the Channel Islands (for us, anyway), we hopped aboard an Island Packers ferry and spent the day at this park that offers hiking, kayaking, snorkeling, history, adorable tiny foxes, you name it. 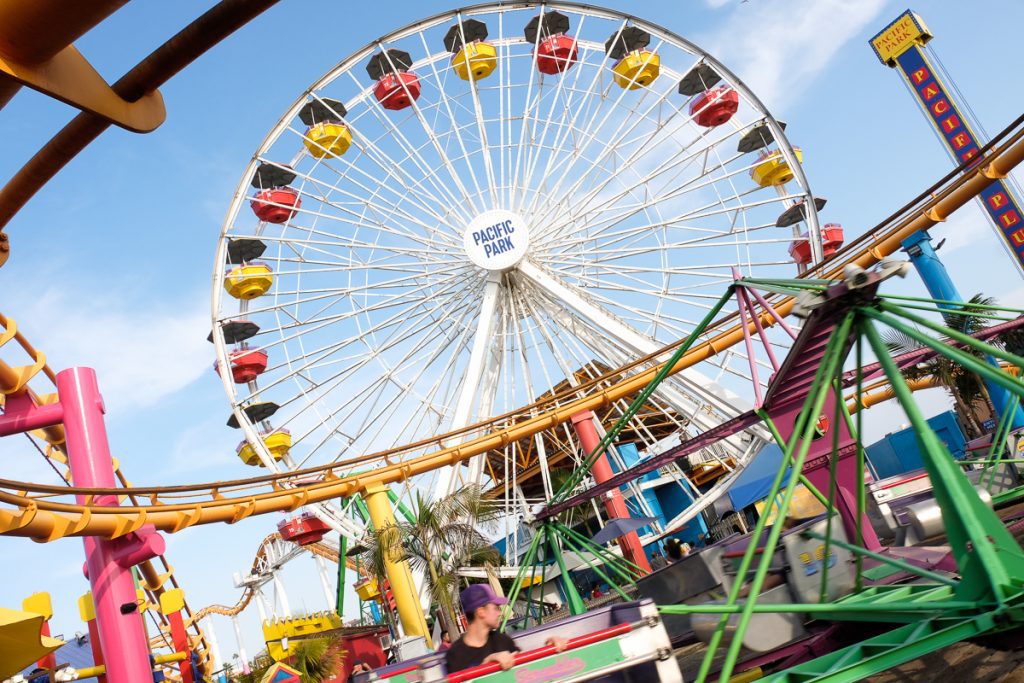 Just a bit further down the road is this suburb of LA. We rented bikes from Ride! Venice and cruised along the beach and all over Santa Monica in search of vegan food and sunshine. We found it. Stay at eco-friendly HI Santa Monica for a couple nights to recharge and feel free to venture into LA proper if you’re feeling it. 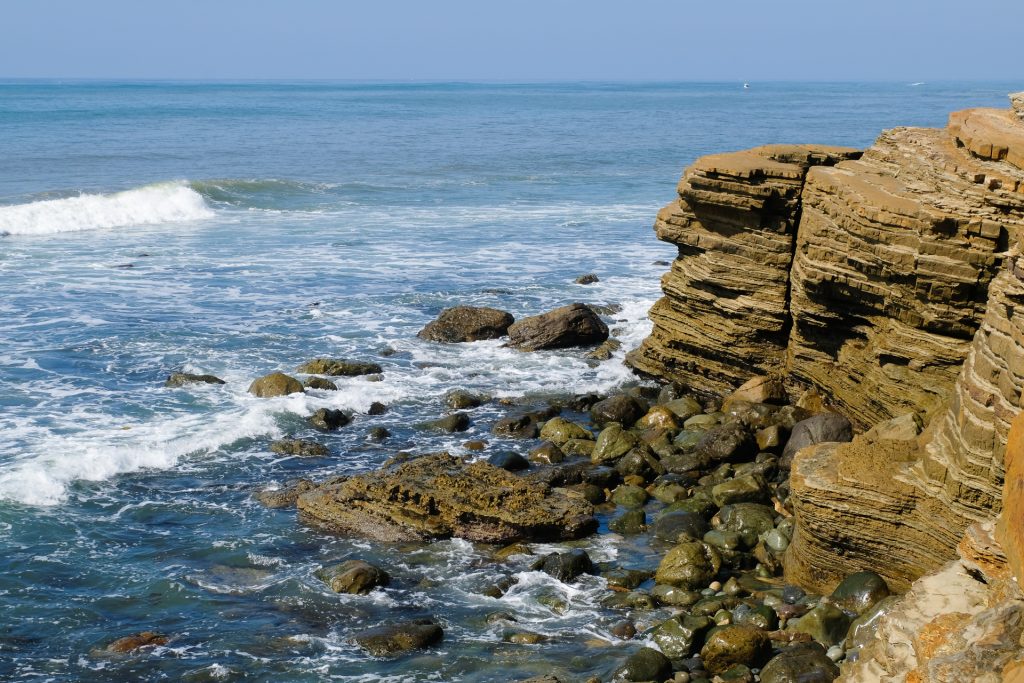 Vegan food and national monuments might be the highlights of this city. Head to Cabrillo National Monument for tidepools and short hikes, then into the city to eat! 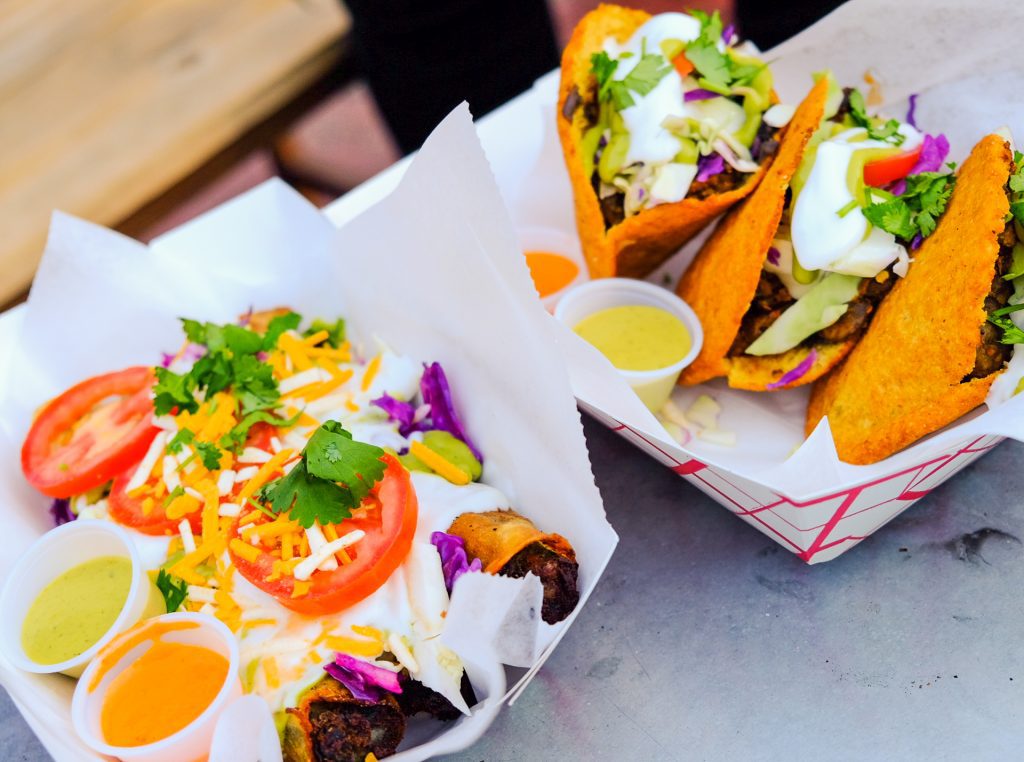 Vegan Mexican Street food from Lick it Up in El Paso

We’ve been through here before. You might remember. In any case, nab some vittles, visit the free museums, and walk across the border to Juarez if you feel so inclined. Read about El Paso here.

Home again! But not without a stop at Skull & Cakebones bakery on the western outskirts of town. And if you haven’t stopped in Fredericksburg or at Enchanted Rock before, well now’s a great time, so you might as well make that you’re last hurrah.

What do you think? Doable? You gonna go check the tire pressure and top up the coolant in your trusty Prius? (The answer is always yes before you hit the road.) Wander on!